Small to mid-sized companies between 50-500 employees have historically found themselves in a difficult situation.  Should they fully insure or self-insure their health plan? If the decision is to fully insure, employers encounter annually increasing premiums. This is due to medical trend, health care reform fees such as the Federal Insurer Fee, and fixed costs which include state premium taxes and built-in profit margin.

Conversely, if the decision is to move to a self-insured plan, many firms worry about the increased financial risk. Employers with a low specific stop loss deductible will pay high premiums for those lower thresholds.  However, if the deductibles are increased, the potential claims risk also rises. Enter the group health captive.

The goal behind the captive is to enable forward-thinking companies an option to become less dependent on insurance. It frees employers from the shackles they encounter with fully insured plans while also enabling those same employers to further de-risk their plan if they opt to go self-insured. They are afforded the opportunity to take advantage of self-funding their plan while potentially decreasing volatility.

So, what are some of the major benefits of a captive?

1. Spread the Risk: A captive enables the member companies to take advantage of what makes fully insured plans so profitable for health insurance carriers - economies of scale. Fully insured carriers pool together mid-sized companies. As this pool increases in size, there is a corresponding increase in claims predictability and decrease in volatility. The same is true when multiple employers join together to spread the risk.

3. Your Profit: It can certainly be agreed upon that stop loss carriers wouldn't be in business unless they showed a profit. Therefore, it stands to reason that premiums collected by a stop loss carrier from their book of business will outpace the claims they pay. They are able to take on this risk due to the economies of scale discussed earlier. Since a captive takes advantage of the same process, it's also able to benefit from sharing the risk among captive members. As a result, the goal is for claims shared by the captive to be less than the cost of risk (stop loss premiums) associated with those claims. The captive keeps the premiums normally paid to the stop loss carrier and then captive members share in the premiums not used to pay claims.

4. Stop Loss Deductible - Your Choice: A company made up of 75 employers may certainly still desire a different deductible than that of an employer with 400 employees. While the stop loss deductibles of captive members may differ based upon the risk they want to assume, they may still participate in the same captive and take advantage of critical mass.

5. Stay Flexible: Like with stop loss deductibles, each employer can select their own third party administrator, pharmacy benefit manager, and plan design. This allows employers to maintain the control seen when an individual company opts to self-insure their plan.

6. Best Practices Synergy: Often, members of a captive will meet to discuss best practices. For example, there may be quarterly gatherings to discuss wellness programs that work, burgeoning cost containment trends, and new ways to engage employees. These meetings further serve to assist in the long-term strategy to best utilize performance-driven insurance through a captive. Along the same lines, sometimes there is a common approach taken by all employers with respect to preventative care and wellness.

7. Reduced Renewal Volatility:  At renewal, the stop loss carrier is underwriting the renewal based upon only catastrophic claims since the captive shares in the risks under that level. As a result, the objective is to see more consistent stop loss renewals over time. Additionally, many of those potential $150,000 or $200,000 claims may have typically come with a laser from the stop loss carrier. With a captive, those higher cost claims are shared amongst captive members. Finally, in a hard market, it may be a struggle to obtain needed stop loss coverage at feasible rates for smaller companies which self-insure on their own.

8. Financial Independence:  A major reason employers choose self-insured plans over fully insured plans is to gain control of their health plan costs. Even though an employer may be in a captive, there is no co-mingling of plan assets between companies. Each company receives its own stop loss policy and each policy is individually underwritten.

10. Fully Insured vs. Self-insured: By moving to a captive, an employer gains the advantages of a self-insured health plan while negating those possible drawbacks to being fully insured. Fully insured plans have state premium taxes that range from two to almost five percent depending on the state. Additionally, insurance companies add two to three percent onto premiums for profit margin. Fully insured plans also can limit claims reporting depending upon your company size. And, if you have one poor renewal, you tend to pay the price of that year in future years. The renewal after that high renewal increase becomes the new baseline for all your future years of being fully insured. Conversely, with a self-insured plan, the majority of your costs are driven by claims paid and each year starts anew.

Is a group health plan captive right for your company? There are a lot of factors to consider. But, if you focus on proactive management and embrace change for the better, a captive may be your next step in taking control of your bottom line. 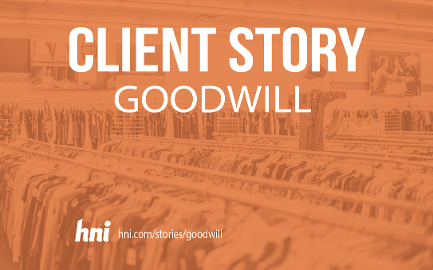