Why do good drivers quit? 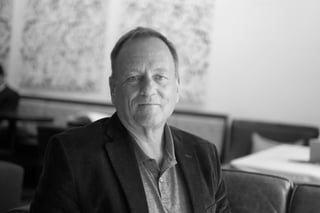 When drivers leave your company it's usually not due to your competitor offering better pay, benefits, or home time - it's usually due to something much deeper than that.

Drivers know why they leave a job, but they might not come out and tell you.  Let’s consider the usual reasons cited or suspected when there is high driver turnover.

Pay is too low

Pay is the base level for remaining competitive in this industry. Without a competitive pay package you will not attract drivers, but pay is rarely the primary reason a driver leaves. In fact, once a driver starts working for you, there is a good chance that he or she never looks at their pay check. Most have their checks direct deposited and don’t look at the actual amount (they just know if it is or isn’t enough to cover their bills.)

When this is brought up, is it really miles or is it proper use of the driver’s time?  When a driver says “I’m not getting enough miles” what is he/she really saying?  Most companies adjust pay to miles.  If they haul more short haul freight, they will pay more per mile and more for stops, whereas if their freight is more long haul the mileage/stop rates will be lower.  Is it lack of miles or downtime that is the actual issue when a driver says he or she is not getting enough miles?

Home time isn't what you promised

Usually an over the road driver is not happy working short haul and vice versa.  The main issue in terms of home time is that drivers aren't getting what they were originally promised. When you say, “you’ll be home weekly" - what does that actually mean?

The truth behind turnover

The above reasons tend to be the ones cited when a driver leaves a company, but we’ve found that these are rarely the most important issues.  Here are the four major reasons drivers quit:

1. They lack the skills or training to do the job

If you don’t have the knowledge you need to do a job, you’re not going to be able to perform it correctly and efficiently.  Drivers with insufficient skills and training will perform poorly and most likely react negatively to the job.

How well do you educate, train, and retrain drivers?  Driver orientation, employee meetings, and one-on-one performance evaluations need to be a constant for your drivers.  Giving the driver the training they need to succeed at the job is essential to their job satisfaction.  Implementing a driver scorecard or another performance management tool can be helpful in calling out areas for improvement for individual drivers.

Some companies may hesitate to do this for fear that the drivers will leave anyway and take those valuable skills elsewhere, the risk of them leaving if you don’t train them to do their job well is even greater.

2. They don’t feel good about their job

We need to feel a sense of personal accomplishment, learning, and self improvement in our professional lives – but oftentimes the only time companies give feedback to their drivers is when they have something negative to say.  Spending time giving positive and focused feedback is crucial.  Small things such as giving public recognition for milestones can mean a lot to drivers.

Above all, make sure everyone in the company respects and appreciates the vital function that drivers perform.  This goes beyond lip service and relates to the way every single person in the company interacts with your drivers.

3. They feel stuck with nowhere to advance

According to the Upper Great Plains Transportation Institute, 83% of drivers indicated that career advancement was “somewhat” to “very important” to them…but 54% of drivers perceived opportunities of advancement in their company as “poor” or “very poor.”

Drivers need to have the opportunity to “move up” in an organization.  This could be advancement within the fleet, into the office or owning their own unit.  If this is not available in their current job, then there is no motivation to stay.

The age old saying of people don't leave companies; people leave people rings true for many truck drivers. A driver's manager is their primary contact with the company and if there is friction there, the driver is going to have a negative connotation with your company.

Just because a driver doesn't mesh well with one dispatcher does not mean they won't get along better with another. Many companies have implemented employee profiling services to help better match drivers to their dispatchers.

By addressing these three issues, you can begin to reduce driver turnover.  And by retaining more drivers, recruiting them becomes much easier. 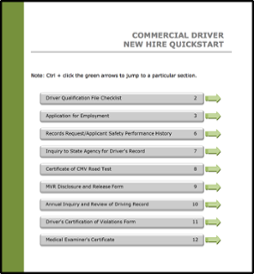