On October 11, 2018 OSHA issued a Standard Interpretation to clarify its position on the new recordkeeping rule’s anti-retaliation provisions that were put into place in 2016.  Essentially, they completely reversed their position on previous limitations with safety incentive programs and post-incident drug testing.

According to the memo, OSHA believes that safety incentive programs and post-incident drug testing are generally not put into place to penalize employees for reporting injuries.  Rather, they are implemented to promote the safety and health in the workplace.

How does the new interpretation impact you?

The rule called for employers to be certain that drug testing only occurred when there was a reasonable basis to assume drug use contributed to an accident or injury.  They went to great lengths trying to explain the rule by issuing several example scenarios.  To many, the explanations were very confusing and vague.  The recent interpretation supersedes all of the prior guidance on this topic.

Simply stated, the rule states that post-incident drug testing is allowed in the following circumstances:

We would recommend that you conduct post-incident drug testing consistently.  Ultimately, the goal is to ensure that employees feel free to report an injury or illness.

Previously, OSHA’s clout on incentives was difficult to understand. Organizations that have had long standing, effectively ran safety incentives found themselves under the gun. “Do I stop offering this profit sharing and avoid unwanted OSHA attention or “Do I accept the risk and keep saying thank you to my employees for coming to work, ready to work hard and safe?”

While incentives have never been outright banned. However, the pressure was put on the employer to prove that the incentive wasn’t a deterrent to report incidents/injuries. OSHA’s stance is still that incentives may not be a deterrent however it has been formally recognized as an acceptable tool to increase safety awareness and success.

What makes for a successful safety incentive? 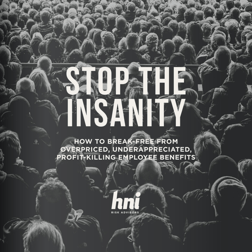 Learn how leading companies are building a strategy to end health care insanity: