Innovation and technology invite many positive changes and benefits into any industry - and transportation is no exception. "Driverless" trucks are creating quite a stir when it comes to safety, liability, and efficiency, but the conversation doesn't stop there. Industry professionals want to know what benefits will be brought to the table in each of these categories. So, I'll share a few of my insights.

In my last blog on the subject of driverless trucks, "Driverless Trucks Part 1: Who’s At Risk",  the associated risks were presented.  As with many subjects, there are two sides to the story.  Now it’s time to look at the other side of this topic – who's rewarded?

The reality of driverless trucks operating over public roadways is fast approaching.  It’s a matter of when, not if.  Many tests are being conducted in several states around the U.S., most notably Nevada and California.  Driverless trucks are already in use in controlled, private industrial settings. But you may be wondering, how will this change the trucking industry for the better?

Here are some of the rewards that are anticipated:

More business for Computer / Cyber Liability Insurers:  Much of the technology behind driverless trucks is computer-based.  When crashes occur involving driverless trucks, the technology providers will be focused on as potentially liable parties due to alleged faulty software or hardware.  Also, cyber-attacks could cause malfunctions which would be considered a liability. These providers will need to purchase specialized computer and cyber liability insurance. Assuming insurance companies properly price the coverage and assuming sufficient risk management practices are in place, they will profit from the existence of driverless trucks.

Fewer Accidents:  Many truck accidents are caused by human error on the part of the driver.  With driverless trucks, drivers will be replaced by computers and satellites.  Consequently, there will be fewer truck crashes since human error will be eliminated.  Fewer crashes means fewer human injuries and fatalities.  Some studies claim up to a 70% reduction in crash frequency rates.  A Google test vehicle operated 1.7 million miles with only 11 accidents.  All of them were caused by human error during periods of the testing when drivers were operating the truck rather than the computer.  The computer cannot be distracted !

Higher awards for Plaintiff attorneys:  While those studying the driverless truck future say that crash frequency will decline, the potential for greater crash severity may result.  When computer software might malfunction, there may not be a driver in place to take corrective action quick enough to avoid or mitigate a crash.  More severe injuries will “reward” plaintiff attorneys in the form of higher awards and settlements which the attorneys typically get a percentage of.  While this may seem like an unintended and unfortunate consequence, it is nonetheless expected to occur.

Trucking companies needing fewer drivers:  It is a well-documented fact that there is a driver shortage.  An ATA study indicates a shortfall of 240,000 drivers by the year 2020.  With driverless trucks of course, fewer drivers will be needed.  Problem solved for trucking companies.  They will run more efficiently and be more productive. They will have less overhead cost associated with recruiting, training, dispatching and managing drivers.  Lower costs will contribute to higher profit margins.

Less driver fatigue:  Some of the “driverless” trucks will actually still have a driver.  For certain routes in urban areas, a driver will need to take over from the computer after the open highway portion of the route is completed in order to drive the truck to the destination.  During the open highway portion, the driver will be able to relax more and be more rested when it’s time to take over.  A more alert driver will contribute to fewer fatigue-related crashes.

Reduced emissions:  Trucks operated by computers will be able to run longer distances in between stops.  It is anticipated that more constant speeds over long distances will contribute to more efficient fuel burning.  Also, trucks will not have to stop and idle at truck stops for breaks or for overnight sleeping drivers.  Less idling will mean less harmful fuel emissions being exhausted and polluting the environment.

Reduced delivery times:  Consumers will be rewarded by knowing that deliveries will be less likely to be delayed or missed.  This will be due to trucks being able to operate for longer periods of time without needing to stop.  This will be especially significant with just-in-time freight for manufacturers whose production process relies on freight arrival being synchronized with assembly line production.  Temperature-sensitive and fresh food freight will also be more likely to arrive in less time.

These, and other anticipated rewards of the driverless truck revolution are sure to keep the momentum going towards the day when there will be more trucks with fewer drivers.  How the rewards balance out with the risks remains to be seen.  One thing is certain though – there will be a need for new risk management techniques to keep up with the changing risk. 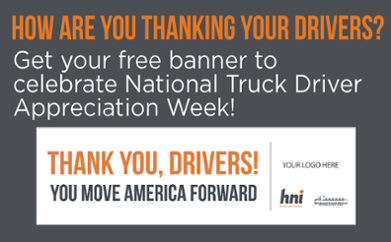