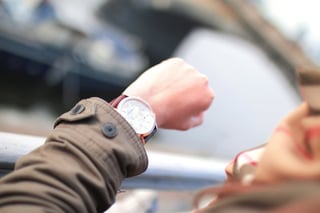 The new Department of Labor (DOL) overtime regulations - which greatly altered the overtime exemptions - were set to take effect on December 1, 2016, but as of November 22, 2016, that is no longer the case. A federal judge in Texas issued a nation-wide preliminary injunction to stop the new overtime regulations from taking effect on their originally scheduled date.  However, the judge did hold open the possibility that these new regulations could be implemented at a later date.

On May 18, 2016, the DOL announced its final regulations on the minimum salary threshold that white-collar employees must be paid to qualify as exempt from the overtime (OT) requirements under the Fair Labor Standards Act (FLSA). On December 1, 2016, the new salary level was to be increased to $47,476 ($913 per week) from the current exempt level of $23,660 ($455 per week) annually.

Since the date the DOL announced these new regulations, this issue has been hotly debated and contested. Two previous lawsuits were filed against the DOL in an attempt to block, delay or even repeal these new rules. Given the various requests for relief by the plaintiffs and the fact that the DOL has vigorously defended its position for implementing the new regulations, it was uncertain how the judge would weigh the arguments from the plaintiffs.

What should employers do?

If you have not implemented any changes to comply with the DOL regulations, you can sit tight for the moment. I would not now make changes to comply with the new regulations since there is no indication right now as to how “preliminary” this injunction is.  However, many employers have implemented changes into their payroll practices; notifying employees and/or making announcements to ready themselves for the December 1st deadline.

This preliminary injunction has created a very dicey situation. Taking back any pay raises recently granted or rolling back job classifications will impact employee morale and possibly performance.  Also, as I indicated previously, this injunction is “preliminary”. That means these rules have not been repealed or struck down. Quite possibly these rules are simply being delayed with the possibility for a settlement between the various parties. Also keep in mind that the Trump administration has shown some indications that it supports raising the exemption level, but not up to the $47,476 salary - so this must also be taken into consideration.

Best advice? Hang tight. The DOL is not backing down, so no matter what the judge rules, there will be appeals. This matter is far from over.