Terrorism Insurance Program Expiring... What Does It Mean to You? 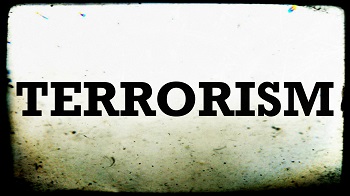 The Senate failed to vote on an extension prior to its holiday recess. As a result, there may be gaps in coverage depending on an insurer's position regarding the lack of TRIA.

The House voted in early December 417 to 7 to extend the act. The Senate, however, inexplicably didn’t vote on this, resulting TRIA's expiration.

It is hoped that when the Senate reconvenes Jan. 6 (that's next week Tuesday), it will vote on the extension.

What does this mean to HNI's clients and prospects? For seven days, there is a question on an insurer’s reaction should a terrorist event occur.

Workers compensation must include coverage for terrorist acts that injures employees, so that protection to employers will remain, at least for now. If TRIA fails to be renewed, some insurers may decide not to renew work comp on what may be deemed “target businesses.”

For other policies, such as property and general liability insurance, some insurers have conditional terrorism coverage endorsements on their current policies. These limit the amount of coverage that will apply if TRIA is not in force.

Let’s hope that the Senate responds quickly and positively to this gap. We will follow up with TRIA news after Congress takes it up again.

What questions do you have about the TRIA expiration? Please share in comments!

What to Expect in Business Insurance in 2015

5 Questions to Test Your Emergency Preparedness