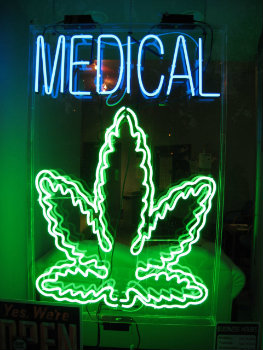 Employers are paying attention to medical marijuana insurance issues, especially after a recent ruling by the New Mexico Court of Appeals regarding coverage of medical marijuana to treat a work-related injuries.

In the New Mexico case, an automotive repair shop and its insurer must pay for an employee's medical marijuana. The employee suffers chronic pain from a job-related back injury and has a 99 percent permanent partial disability. A work comp judge had ruled in the case that the marijuana treatment was "reasonable and necessary medical care" from a medical professional under the state's work comp law.

Laws about marijuana (medical and recreational) are different state to state, making questions about how medical marijuana applies to work comp even more confusing for employers. Business owners want to stay compliant while managing this emerging risk.

Let's back up and look at what we know about medical marijuana with some frequently asked questions — and then give some insight on how to deal with what we don't know!

What is the status of legalized marijuana?

Twenty-three states and the District of Columbia have legalized it for medicinal use. Washington and Colorado have legalized its recreational use. State laws vary widely and some allow possession of ounces of marijuana and/or cultivation of the plants for medicinal use. However, marijuana remains a Schedule I drug under the Federal Controlled Substance Act, meaning that under federal law, it remains illegal.

There is scientific confirmation that the cannabis plant contains active ingredients with therapeutic potential for pain relief, nausea control, stimulating appetite, and decreasing ocular pressure. Medical marijuana could be used for pain relief but typically would not be the first drug used.

Many argue that it is cheaper and less addictive than opioids such as OxyContin. Opponents state there is not enough research and quality control.

How would employees get a script for medical marijuana, and who pays for it?

Many dispensaries do not have the knowledge to provide advice to patients on other drug interactions. Conversely, an injured worker could be using medical marijuana purchased from a dispensary or grown at home (most state laws allow possession of plants with a prescription) and a pharmacist filling a prescription for other drugs wouldn’t be able to advise on interactions.

This disconnect illustrates how difficult it is to get the straight story about medical marijuana!

When it comes to who pays for medical marijuana, some states have specific laws. In New Mexico, you need a patient registry identification card, supervision, and monitoring, and a licensed practitioner for the drug to be compensable.

Washington law says that insurers may enact coverage or noncoverage for payment or nonpayment of medical marijuana at their sole discretion. Medical marijuana's Schedule 1 status prohibits its inclusion in the National Drug Code. The result is that the Centers for Medicare and Medicaid Services will not provide payment for products that don't comply with federal law, and pharmacy benefit managers have a tough time to processing transactions without proper coding and regulation.

What are some employer concerns with marijuana?

The most frequently posed question to the workers comp system is determining if an injury is compensable following a post-accident test that is positive for marijuana use (medical or recreational). The answer will be found in each state’s individual legislation.

For example, according to Wisconsin law, if intoxication by use of a controlled substance is the primary cause of the employee's injury, then the workers compensation indemnity benefits can be reduced by 15 percent with a maximum reduction of $15,000 allowed.

The burden of proof is on the employer to establish not only the fact of intoxication, but also the causal connection between that condition and the injury or accident. Since marijuana can stay in a person’s system for 24 hours to 30 days, proving impairment is almost impossible.

Michigan is the only state that has passed legislation clarifying that employers are not required to reimburse injured workers for charges associated with medical marijuana treatment.

In the transportation industry, because marijuana remains federally illegal, it is illegal for DOT-qualified drivers to use marijuana medically or recreationally. Given federal issues, state courts may be reluctant to approve medical marijuana treatment for work-related injuries.

On the other side of this, though, is the New Mexico case I shared at the beginning of this post where the employer and the insurer were responsible for covering the cost of medical marijuana. Right now, medical marijuana insurance issues are the Wild West of work comp!

So what can employers do? Here are three ways to stay ahead when it comes to medical marijuana.

1.) Get educated about your state’s current marijuana laws, especially the rules on medical marijuana.

2.) Know your work comp laws and what substances are illegal under the legislation. It’s different state to state!

3.) The best practice is to play it safe until work comp legislation should change. Insurance carriers will be slow to change their current stance on medical marijuana. It is advised that employers take a position on the use of marijuana and craft a drug policy that explicitly outlines their position. There are no states that allow employees to use in the workplace or require employers to allow its use on the job.

The medical marijuana insurance issue will develop as more states address (and even legalize) medical marijuana. Culturally, marijuana seems to have lost some of its stigma... but how will this influence legislators and insurance carriers? Only time will tell. We’ll keep following this developing issue.

What other questions do you have about medical marijuana? We'd love to answer them in a future blog post! Please sound off in comments.

How Employers Can Break Through Work Comp Claim Dysfunction