How to Avoid MSA Traps in Work Comp Settlements 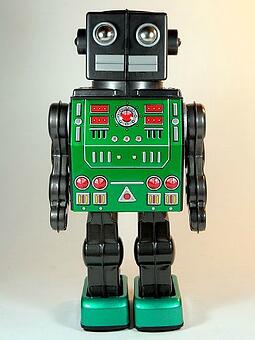 In work comp settlements, demands often are made for funding of a Medicare Set-Aside (MSA). An MSA is money set aside for future medical expenses incurred by the claimant. MSAs exist to protect Medicare from paying for medical benefits that should have been paid for by the party responsible for the injury.

MSAs are costly, and some audits reveal average MSA costs exceeding $70,000 per claim. MSAs also are time consuming, adding months — if not years — to the life of a file. What can be done?

Don't Be an MSA Robot in Work Comp Settlements

Did you know the words “Medicare Set-Aside” appear nowhere in the Medicare Secondary Payer Act? There is no legal requirement to ever fund an MSA in work comp settlements, even when cases meet the thresholds published by the Centers for Medicare & Medicaid Services (CMS).

The phrase “we have to do an MSA” often is uttered, and the inclination in the industry oftentimes appears to be to provide a claimant with large sums of money whenever a case, regardless of the facts, meets certain thresholds, e.g., a settlement over $25,000, over $250,000, or a settlement involving a claimant over a certain age.

The facts of a given case, however, are extremely important in developing your Medicare resolution strategies, and there are options available other than the robotic submission of MSA proposals to CMS and funding the substantial amounts approved by CMS.

The law does require consideration of Medicare’s interests and refraining from shifting the burden of future medical expenses to Medicare. Submission to the onerous CMS approval process is simply one way to consider those interests.

While workers’ compensation attorneys and claims handlers pay great attention to issues such as “in the course of the employment” or “notice,” Medicare issues can fall to the wayside. It is not uncommon, however, for an MSA to exceed the value of the other portions of a work comp settlement.

For instance, has medical care in large part concluded? Has the claimant applied for Social Security Disability Insurance (SSDI), but been denied and not appealed? There are many instances in which, after careful evaluation of the facts, compliance with the Medicare Secondary Payer Act can be achieved by taking no action other than protective settlement contract language. It is imperative that all involved in claim resolution are educated and able to identify what the Medicare Secondary Payer Act actually requires in a given case.

In its May 11, 2011, memorandum, CMS confirmed what already had been apparent from the plain wording of the Medicare Secondary Payer Act statute. CMS said, “There are no statutory or regulatory provisions requiring that a WCMSA [Workers' Compensation Medicare Set-Aside Arrangement] proposal be submitted to CMS for review.” Again, submission of an MSA proposal to CMS is never required. This being the case, employers may want to fund a "non-submitted" MSA.

When to Submit an MSA Proposal

Of course, there is a time for submission of an MSA proposal to CMS for approval. Funding of a CMS-approved MSA can be a very important tool to consider Medicare’s interests in connection with a settlement. Funding of an MSA that is not approved by CMS often can serve the same purpose — and result in both time and monetary savings.

In other words, it is certainly possible (and often prudent) to effectively consider Medicare’s interests by funding an allocation but without seeking the blessing of CMS. This is even true of cases that meet the CMS thresholds.

Get on Top of Medicare Issues Fast

After living with the practical effects of the Medicare Secondary Payer Act on workers’ compensation for more than a decade, it is no longer acceptable to recognize Medicare issues for the first time when the parties begin to discuss settlement. Early identification of Medicare issues and re-evaluation of those issues throughout the life of the file will permit you to more swiftly move cases to closure, as well as identify the most cost-effective time to attempt to bring a matter to resolution. Safeguards in the claims-handling process to ensure that Medicare issues are timely evaluated can result in substantial savings. 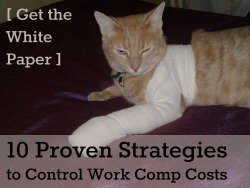 Workers Compensation Trends: Where We’ve Been and Where We’re Headed