Are Employers on the Hook for Drug Addicted Work Comp Claimants? 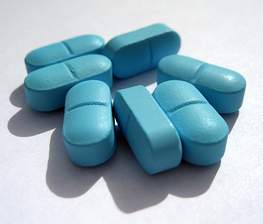 Abuse of prescription medications is on the rise, as are rates of addiction and overdose.  As an employer, you should be concerned about how this will affect your workers’ compensation costs and exposures.  Of course, over-medication will raise the cost of your claims – but the bigger risk is that employers will be held liable for the fatalities, long-term health care costs, and possibly even the tortious actions of addicted employees that are receiving work comp benefits.

The Heffernan Case: a ruling that has Risk Managers on alert

A recent ruling that has many risk managers concerned is J.D. Landscaping v. Workers’ Compensation Appeal Board (Heffernan).  In 2002, James Heffernan injured his back while employed by J.D. Landscaping.  He was treated for injuries for five years until he was found dead in his bed in 2007, clutching a box of fentanyl patches (prescription narcotic painkiller) in his hand.

A forensic pathologist determined that Mr. Heffernan died from drug intoxication resulting from the fentanyl his physician prescribed to manage the pain caused by his injury on the job.

Following his death, Mr. Heffernan’s daughter filed a work comp claim, which the employer denied.  When brought to the Pennsylvania Workers’ Compensation Board however, they ruled that the employer was obligated to pay death benefits.  Although the employer appealed the ruling, higher courts upheld that the death was in fact compensable under workers’ compensation.

Was the employer in the Heffernan case really at fault?

Just two weeks before Mr. Heffernan’s death, J.D. Landscaping received a utilization review decision against his physician, Dr. George Rodriguez, barring further medication.  Mr. Heffernan attempted to re-fill his prescription from his pharmacy, but was denied, presumably because the pharmacy was aware of the recent utilization review ruling.

With the exact same prescription, but from a new doctor, Mr. Heffernan was able to obtain the medications from his pharmacy. Two days later, he died of the fatal overdose.

In the Pennsylvania Appellate Court’s ruling, they stated a utilization review does nothing to lift the employer’s liability -- if the drugs/treatment used were considered reasonable and necessary, and if they’re dispensed under workers’ compensation, the employer is responsible for paying death benefits.

What this precedent may lead to...

The Heffernan case is landmark among work comp cases as it sets an important precedent for further extending an employer’s liability for injured employees.  If an employer can be held liable for death benefits of employees who overdose, even if the meds were denied and shouldn’t have been dispensed, where does the liability stop?

If an employee overdoses and ends up in a vegetative coma, is this the employers’ financial obligation as well?

Extending the rationale from the Heffernan case seems like an attractive option for plaintiffs’ attorneys looking for deep pockets.

Just one claim like this can be enormously expensive.  What may be even more costly than paying these claims is the reputational risk associated with a high profile case involving one of your employees.  In today’s rapid-fire news cycle, such a story could inflict substantial damage to a company’s reputation.

With so much potential exposure, employers need to get actively involved in managing this risk.  Pharmacy spend in work comp claims is climbing, and with this, the risk of a Heffernan-like incident.

Want to learn more about this topic?  Review what steps employers can take to get their arms around the costs and exposures associated with workers’ compensation claims by downloading the free white paper.