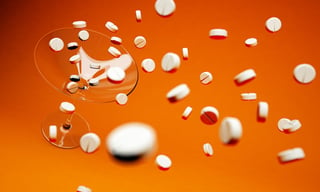 Act 180 went into effect early March 2016 and brought forth many employer friendly changes to Wisconsin. One of the major changes speaks to terminating certain worker's compensation benefits when an employee violates their employer's drug and alcohol policy. But this change isn't as clear-cut as it may seem.

The new revision states, “If an employee violates an employer policy against drug or alcohol use, and such violation is causal to the employee’s injury, then neither the employee nor the employee’s dependents receive any compensation, including a death benefit relating to the injury.”

So what does this mean for Wisconsin employers? Act 180 has introduced a penalty system for employees who make a drug or alcohol violation that results in a workplace injury, which will allow adjusters to deny indemnity benefits. This change can be used as a defense for claims that occurred March 2, 2016 and beyond.

In order to pursue this defense we must prove three parts:

Part 1 Written Policy: Your company should have an up to date policy that outlines how it will be tested and enforced. Not only is this key to proving Part 2, this protects you in a hiring or firing situation as well.

Part 3 Causation: The positive testing showing the amount of usage was 50% or greater of the reason the accident occurred must be confirmed with a medical opinion. A written opinion can be received from the treating doctor, an IME doctor, toxicologist, or other medical support.

For a list of relevant changes and how they may impact you, check out our previous post, "Wisconsin Worker's Compensation Law Braces for Winds of Change".