July through October is the deadliest period of the year on the road. Summer months result in more cars on the road - and this increase in traffic is dangerous (especially for trucking companies).

Drivers tend to fall into a false sense of security during the summer months - thinking the roads are much safer compared to winter months.

As displayed in the graph below, this could not be further from the truth. 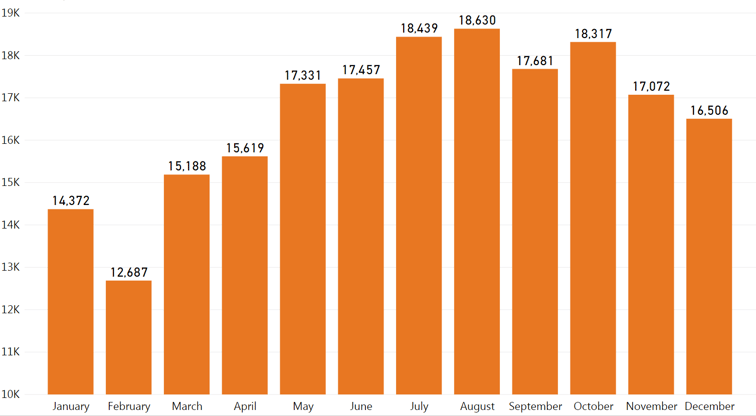 Fatalities per 100M Miles by Month[2] 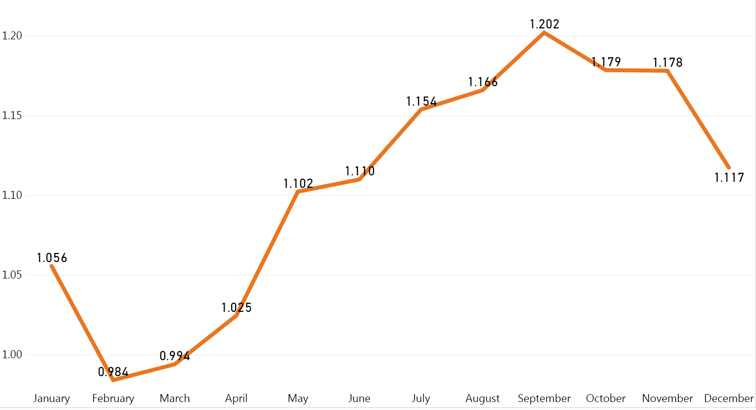 Looking at the rate of fatalities per 100 million miles:

Does this same trend apply to trucking companies?

The answer to the question is “Yes”: it appears that this trend affects trucking companies as well. Although July through October are not the four most severe months individually, combined they incur the most of any four-month period.

In regards to frequency, the trend does not follow the same trend. In fact, monthly frequency and monthly severity correlate very little, suggesting that the severity of accidents differs from month to month. Larger accidents skew data, and the data suggests that these larger accidents are more prevalent in months such as August.

The Impact of Large Accidents 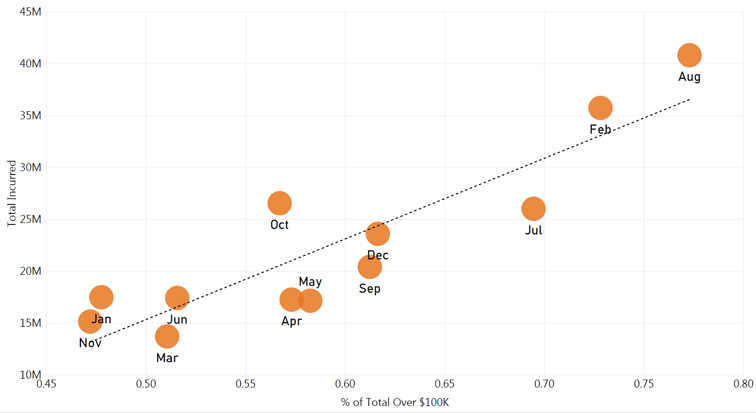 This graph shows that there is a strong correlation between how much a month incurs and how much of that incurred is from large accidents (defined as over $100K).

In these high danger months frequency is not the issue, but rather increased frequency of large accidents.

What action can you take to de-risk?