The 2005 NFL Draft found Aaron Rodgers landing in Green Bay as the 24th overall pick.  It’s unlikely that you will even recognize the 23 players chosen ahead of the Discount Double Check King.

Selecting your teammates is never an easy task -- and sometimes you just have to go with your gut.

Back in 2005, we made a draft pick of our own when we decided to partner up with the team formerly known as the AON Truck Group (Chicago).  We are proud to celebrate the 10th anniversary of that partnership today.

The Back Story: How We Formed Our Insurance & Advisory Dream Team

Ironically, this partnership only came after several years of head-to-head (and sometimes brutal) competition. AON Truck Group (Chicago) and HNI Risk Services were an unlikely pair.

As we explored the idea of teaming up, we were stepping into somewhat unknown territory. We knew this would shake up the market, and there were lots of questions we needed to work through together.

For AON Truck Group (Chicago), they were a global beast that was growing and dominating several segments of the market.  (I use the word "beast" with the highest admiration - because that's truly the best way to describe their presence.) 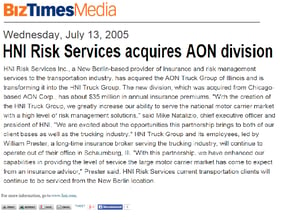 Why would they sell their business? What about their brand?  How would that look?  What messages would we be sending to the market?

For HNI, they were just a small agency in New Berlin with little presence outside the dairy state. How would they manage with two offices and transition these clients to the HNI Brand? What if it failed?

Looking back, we can say without a doubt that our first pick in the draft back in 2005 was the best we could have made.

Not only did HNI choose the Truck Group team, but the Truck Group team chose HNI.  Our partnership brought together some of the best talent in the industry -- and 10 years later, we have grown together and built an organization that continues take a stand and CHANGE THE GAME.

We look forward to what the next decade (and the one after that)  will bring.

An Open Letter to Future Gamechangers

Careers at HNI: Join our team!

My Escalator is Broken.

Can You Recommend a Gamechanger? 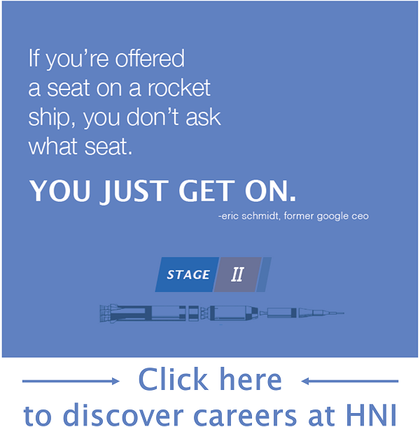