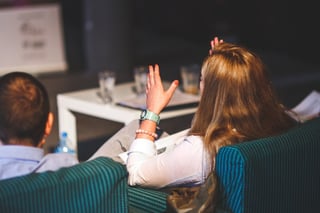 The rule was originally scheduled to take effect on August 10, but OSHA extended the enforcement deadline to November 1 due to the fact that employer groups filed a lawsuit in July seeking to block the rule.

In mid-October the judge in this case asked the employer groups and the government to agree to delay the effective date for one more month so that the parties would have time to fully brief the issues. OSHA has now delayed for a second time the enforcement date of this reporting rule to December 1.

Part 2 of the Ruling

Part 2 of the rule contained anti-retaliation provisions. The primary issue taken with that rule was employees were to be informed that employers were not permitted to retaliate against them for testing for post-accident workplace injuries. This rule is also problematic because it gives OSHA the ability to issue a citation and penalty related to retaliation, as opposed to the statutory framework which requires employees to file a complaint and commence an action in a federal court.

Digging deeper, the rule requires employers to establish a reasonable procedure for reporting work-related injuries and illnesses promptly and accurately, and further states that a procedure is not reasonable if it would “deter or discourage a reasonable employee from accurately reporting a workplace injury or illness.” OSHA has indicated that it will take action against any employer that has in place a post-accident drug-testing program. This is true despite the fact that there are in place mandatory Department of Transportation (DOT) drug testing rules. There are also collectively bargained agreements (CBAs) that have drug testing provisions in place. Finally, the vast majority of companies that have drug testing policies have language that provides for post-accident testing. Are these all now rendered useless? What provisions take precedence in the event of conflict? Little guidance has been provided by OSHA on these matters.

OSHA asserts that employer drug-testing policies should limit post-incident testing to “situations in which employee drug use is likely to have contributed to the incident, and for which the drug test can accurately identify impairment caused by drug use.” OSHA stated there should be a reasonable possibility that drug use by the reporting employee was a contributing factor to the reported injury or illness but again, there is little guidance on what is a “reasonable possibility” or how to measure whether the drug use “contributed” to the incident.

For more information regarding the anti-retaliation provisions, visit the DOL's website.