The U.S. Department of Labor (DOL) announced in June 2015 a proposed rule that would extend overtime protections to certain white-collar workers. The proposed rule may make millions more employees eligible for overtime pay.

The proposed rule changes were in response to President Obama directing the DOL to modernize and simplify the overtime rules under the Fair Labor Standards Act (FLSA). The proposed changes are expected to be finalized in late 2016 after the comment period expires. They likely will have a dramatic impact on salary levels for white-collar employees, as well as a variety of other implications for employers.

Under existing FLSA rules, employees who meet the following three-part white-collar exemption are not eligible for overtime pay.

The DOL's proposal changes the white-collar exemption criteria to the following:

This means that workers who earn as much as $50,440 per year would have to be paid overtime even if classified as a manager or professional. According to the DOL, the current salary threshold of $23,660 is below the poverty level for a family of four, and only 8 percent of full-time salaried workers fall below it.

Impact of the Proposed Rule Changes

The DOL has stated that it seeks to "restore the effectiveness of the salary test" and to "ensure that the Fair Labor Standards Act's intended overtime protections are fully implemented." According to a statement by the White House, an additional 4.68 million American workers would be eligible for overtime pay if the regulations were passed as proposed. The DOL also predicts that higher salary thresholds for white-collar exemptions will simplify the employee classification process for employers since they will no longer be required to perform a duties test for employees who fall below the new salary threshold.

Not surprisingly, the proposal has garnered criticism from employer and industry groups including the National Retail Federation, the National Restaurant Association and the U.S. Chamber of Commerce. Employers are concerned about the impact on compensation budgets, as well as additional burdens and costs associated with re-evaluating the exempt status of current employees, revising overtime policies, informing employees of the changes and updating payroll and time and attendance systems.

What Should Employers Do Now?

How many employees might be impacted? What needs to be changed to comply with the new rules?

What, if anything, are you doing to get ready for the potential change in FLSA overtime rules for white-collar workers? What do you anticipate the effect will be on your company and your employees? 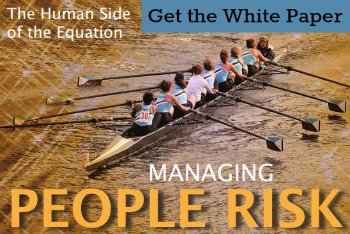