Say Goodbye to the Individual Mandate Penalty Under the ACA

It was recently announced that the Trump Administration may no longer enforce a rule requiring individual Americans to carry health insurance or pay a penalty if they do not.

If you were one of the millions of people who decided to waive health insurance from your employer yet still did not enroll for insurance in the federal marketplace exchange, you were to be assessed an individual mandate penalty by the Internal Revenue Service (IRS) for 2016.

For those who are uninsured and do not meet one of the exemptions, the penalty for 2016 is calculated as the greater of two amounts:

The penalty can be no more than the national average premium for a bronze plan (the minimum coverage available in the individual insurance market under the ACA), which was $2,484 in 2015 for single coverage and $12,420 for a family of three or more children. The penalty is pro-rated for people who are uninsured for a portion of the year and waived for people who have a period without insurance of less than three months.

However, you cannot get tagged for this penalty unless you disclose that you have no coverage to the IRS on your tax return and the IRS has stopped requiring individual filers to indicate whether they maintained health coverage or paid the mandate penalty as required under the law.  The disclosure requirement is now completely voluntary so simply do not answer that question since it can be skipped.  Thus, the IRS cannot assess a penalty against you for something it knows nothing about.

One result of President Trump's executive order instructing agencies to provide relief from the health law is that the IRS is taking a more passive position with respect to the coverage requirement. Recently the IRS altered its rules to allow the submission of Form 1040s with nothing on line 61 which is the insurance coverage disclosure line.  The IRS insists it still maintains the option to follow up with those who elect not to indicate their coverage status, but since the IRS will not automatically reject returns with this information missing, one has to wonder how, or if, the IRS would ever follow up with these tax filers.

So, is the penalty still in effect?

The IRS has stated that taxpayers are still required to pay the individual mandate penalty if they forego insurance because these ACA laws are still in effect.  But unless you undergo a personal IRS tax audit, the IRS would never have sufficient knowledge to assess the non-insurance payment tax.

This could have negative consequences on the overall health care industry.  Health insurers are on record stating that an individual mandate tax is a priority and must be maintained or alternatively, enforced more vigorously. Why?  Because it is the younger, healthier individuals who are often skipping health insurance altogether since they believe they save more money paying the tax compared to insurance premiums. Generally speaking, with the healthier individuals opting to forego insurance, the heavier users remain the participants on the exchange driving up costs and eliminating profits for health insurers.

You can bet this is the first of many modifications to the ACA that will be forthcoming. We will keep you updated as events transpire. 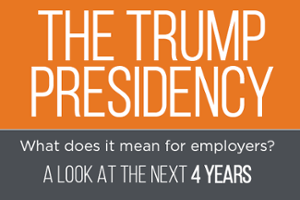