The Tax Cuts and Jobs Act (the new tax law signed into effect by President Trump in late December) impacts several employer/employee fringe benefits. Some of the law's most significant changes include:

That being said, the impact on the fringe benefit programs is less drastic that what was contained in earlier drafts of proposed tax bills that were being considered.

Individual Mandate Under The ACA

The goal of the individual mandate was to get the younger employees enrolled on to the employer’s group health plan or on the individual Marketplace (Obamacare).  Younger employees often waived insurance coverage because they either viewed themselves as healthy and/or the cost of insurance as an unnecessary expense.  Their non-participation in the insurance market hurts employer group health plans since employers want these healthy individuals on their plans to help offset the costs of those unhealthy employees on the plan.  Their non-participation also crippled the Marketplace financially for the same reasons- you needed healthy people paying into the system to offset the costs expended on the unhealthy users in the system.

One argument for the repeal was that since the tax was not high enough to be effective why bother with it.  Another argument was that the costs of monitoring/assessing/collecting the tax outweighed the penalties obtained.  Finally, let’s also not forget that this repeal is one part of the grand plan of the Republicans to systematically abolish the ACA.

Effective in 2018, the tax treatment of several fringe benefits will be impacted as follows:

For tax years 2018 and 2019, employers that offer paid family and medical leave (as defined under the federal Family and Medical Leave Act [FMLA]) to employees may qualify for a newly established tax credit of up to 25% of the annual wages paid to those employees.   If you have followed the news at all, you may be aware that Ivanka Trump has made it clear that she is a proponent of paid FMLA so this is probably a first step towards this goal.

See how CSM Group built a strategy for insurance and employee benefits that rewards them for their strong performance: 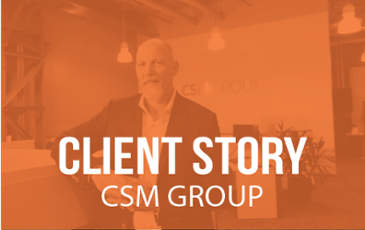