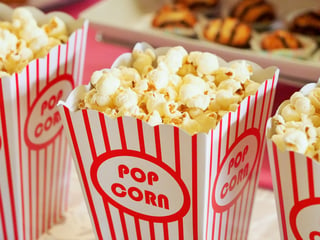 The effective date to the Department of Labor’s (DOL) new overtime regulations is set to take effect on December 1st, raising the salary level to qualify for certain white collar overtime exemptions from $455 per week to $913 per week. But, as expected, this ruling has not come without its challenges.

Just as employers were planning and preparing for the worst, two completely different groups filed lawsuits on the same day- September 20, 2016- in federal court.  Both lawsuits requested injunctive relief and attempt to delay or repeal these new regulations. In addition the House this past week passed a measure that seeks to delay  implementation of the Department of Labor overtime rule for six months.  It remains to be seen, however, how that legislation will track through Congress. Experts believe there are several obstacles for the bill to pass through Congress.  More importantly, there is the inevitable veto by President Obama, who previously voiced his support for this measure on numerous occasions.

One lawsuit was filed by a group of 21 states (Alabama, Arizona, Arkansas, Georgia, Indiana, Iowa, Kansas, Kentucky, Louisiana, Maine, Michigan, Mississippi, Nebraska, Nevada, New Mexico, Ohio, Oklahoma, South Carolina, Texas, Utah, and Wisconsin) against the DOL, its secretary, and other federal officials seeking to halt the new overtime rules. Arguments asserted include that the DOL disregarded the requirements of the Fair Labor Standards Act (FLSA); the regulations exceed constitutional authority, and the automatic inflation indexes are contrary to statutory language requiring notice and comment before such changes. The automatic escalator provision (inflation indexes) means that employers will have to go through this reclassification analysis every three years.  The states also cite the negative impact these regulations will have on their municipal, county and state operations by increasing employment costs and forcing them to cut services or layoff state employees.  This lawsuit requested declaratory relief and a permanent injunction.

Later that same day, a coalition of more than 50 business groups, including the U.S. Chamber of Commerce, the National Association of Manufacturers, the National Retail Federation, National Automobile Dealers Association, and the National Federation of Independent Business, filed a similar lawsuit. These groups allege that the DOL went too far with the salary increases. They argue the salary threshold has been raised so high as to render some of the overtime exemptions negligible. They also argue that the costs of compliance will be an extreme hardship to small employers and non-profits who both often operate on fixed budgets.  The cite consequences such as reduced staffing, elimination of services and cutting of critical programming. The groups also argue that job reclassification for millions of employees will be unavoidable; that such reclassification may impact those employees advancement opportunities; and that these changes will inevitably result in several negative consequences including reduced morale, workplace flexibility, and work performance. This lawsuit requested that the overtime rule be “vacated” and that the effective date of the rules be postponed until the lawsuit is completed.

It should come as no surprise that the DOL takes issue with both lawsuits and states that it will vigorously contest both lawsuits. Of course the DOL finds no wrongdoing or fault with how it went about reviewing, revising, and implementing these new overtime rules.  What we do know about most lawsuits, however, is that they are not quickly resolved.  It remains to be seen what the court will do with these lawsuits.  The fact that many states and powerful groups are challenging these rules only adds more uncertainty to this situation. I think there is a realistic chance that the effective date of the rule will get postponed if it is clear the cases are headed for a long, contested battle unless the parties can agree to negotiate a resolution by finding some “middle ground”.

How You Can Prepare for the Changes

Employers must still prepare for the worst. With these new regulations taking effect in less than two months, employers must still plan for, and assume that, the overtime regulations will take effect as scheduled on December 1st.  By now, Employers should have started reviewing their payrolls, policies and procedures to determine how these rules will affect daily business operations and started to formulate a game plan to incorporate these new overtime regulations.