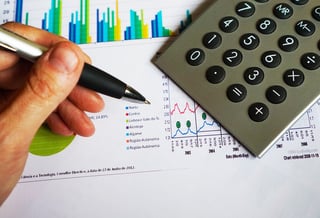 In early 2017, the Internal Revenue Service (IRS) had informally decided not to enforce the Patient Protection and Affordable Care Act (ACA) individual mandate tax penalty for those individuals who declined to carry any required individual health insurance during the calendar year.

That was the result of President Trump’s January 20, 2017 Executive Order that protected uncovered individuals from the tax imposed under Internal Revenue Code Section 5001A (the individual mandate tax).  However, there are several recent indications that the IRS still plans to enforce and collect the tax.

What the IRS is Saying

The IRS website has insisted that the mandates are still in force, despite the Executive Order and despite the fact that the IRS decided not to implement for 2016 tax filings a program rejecting “silent returns,” which were returns that did not indicate compliance with individual mandate requirements. The result of pushing through these “silent returns” was that one third fewer taxpayers were paying the penalty than had been the case a year earlier.

In written correspondence, the IRS has stated that “the Executive Order does not change the law; the legislative provisions of the ACA are still in force until changed by the Congress, and taxpayers remain required to follow the law, including the requirement to have minimum essential coverage for each month, qualify for a coverage exemption for the month, or make a shared responsibility payment.”

What does this mean?

The individual mandate tax penalty still exists and the IRS retains the ability to assess this tax but the IRS will not take all of the necessary steps to make sure all non-compliant individuals are actually assessed the tax.

Despite campaign promises to quickly repeal or reform the ACA and after several failed attempts since then to repeal or reform, the ACA remains intact with all of its rules, including the individual mandate tax penalty. While that is bad news for individuals who did not desire health insurance or hoped to avoid the cost of health insurance, it is good news for the ACA and employer group health plans since these younger and generally healthier individuals may now be added back into the overall pool of insured individuals.

The individual mandate tax is calculated on a monthly basis and is the greater of either a fixed dollar amount or 2.5% of household income above the tax filing limit, up to the national average premium for a bronze (60 percent actuarial value) health plan.  The penalty per person is $695 per adult plus $347.50 per child under 18 up to a maximum of $2,085 or the 2.5% household income limit, whichever is higher.

The minimum tax penalty per person will rise each year with inflation. The actual penalty may be much more for higher income people because the percentage component of the penalty comes into play. The minimum amount per family is capped at triple the per-person tax, no matter how many individuals are in the taxpayer’s household. For example, a couple with one child over 18 (or two children age 18 or under), and no coverage, would pay a minimum of $2,085 in 2017.

Prior to open enrollment, employers should remind employees that failure to maintain health insurance that provides minimum essential coverage or otherwise exempt from the individual responsibility payment could result in this tax being assessed to them.