How to Handle a Sexual Harassment Complaint

We all know that Harvey Weinstein has a myriad of personal legal problems.  But it is also pretty clear by now that his former company is looking at potential legal trouble for ignoring, overlooking and/or sweeping his terrible acts of sexual misconduct under the rug.  These unfortunate incidents are a reminder to employers to review, update (if necessary) and reiterate harassment policies with employees and provide appropriate training for supervisors and managers.  Harassment and discrimination policies should be in place (ideally in an employee handbook) which specifically provides that:

According to the Equal Employment Opportunity Commission (EEOC) Guidelines, a duty to investigate arises when an employer receives a complaint or otherwise learns of alleged harassment in the workplace. The EEOC Guidelines further provide that after remedial action, the employer has a duty to make follow-up inquiries to ensure the harassment has not resumed and the victim has not suffered retaliation. Additionally, almost every state has laws in place which create an affirmative duty on the employer to investigate and remedy harassment.

When a complaint is made, the employer’s duty to investigate arises without regard to whether the complainant wants an investigation, even if the complainant has agreed that certain reported incidents need not be investigated. Even if a claim appears to be fabricated by the complainant, the claim should be thoroughly and seriously investigated. In appropriate cases, interim measures (for example, temporary transfer or non-disciplinary leave of absence with pay) should be utilized to prevent continued serious misconduct prior to concluding the investigation.

Then it is time to get the investigation process rolling:

The investigator must be properly trained, have credibility and be in upper-level management.  Outside investigators may be appropriate in certain instances.

Preparing for the Investigation

The investigator should develop detailed, factual evidence of the incident and nature of any complaints or protests by the individual alleging the harassment.

The investigator and employers should document interviews during the investigation and take detailed notes. Do not include own opinions or other observations in these notes. The interviewer should not intimidate the witness nor promise absolute confidentiality in case this matter ends up in litigation.

After all interviews have concluded, a report should be prepared by the investigator.  The investigator should then present the report to the relevant company personnel.

Once a determination has been made, the employer must inform the parties. If there is wrongdoing, that person should be re-trained on harassment matters and/or disciplined in writing depending on the nature of the conduct.  The employer should also reiterate the company’s policy against retaliation and place a summary of the actions taken, but not allegations, in the alleged wrongdoer’s personnel file. Due to defamation concerns, investigation conclusions and allegations should not be in the personnel file.

When informing a complainant, the employer should consider giving the complainant an opportunity to respond if the tentative finding of the investigation is that there was no violation of policy or that the evidence is insufficient. If there was discipline, the employer should notify the complainant that appropriate action has been taken and the employer fully expects that no problems will recur, reiterate the employer’s interest in being immediately notified should any further problems occur (including retaliation) and document this conversation in a letter or memo.

An investigation may or may not end with a determination that harassment occurred. Numerous factors may have to be considered depending on whether it was an inconclusive investigation; the degree of misconduct; what disciplinary action to impose; whether there are changes in the workplace; or what to do if the entire complaint had been fabricated for any number of reasons.

The employer should periodically check with the complainant to see if their work environment is free of problems and document the steps taken to follow up on the employee’s initial response.

Attention to detail and documentation throughout the procedure create the best defense against harassment liability. 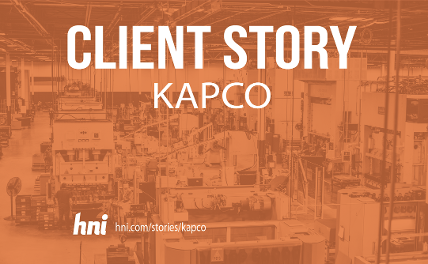