Higher Speed Limits in Wisconsin: The Impact of 70 MPH Zones

The recent increase to 70 MPH zones on Milwaukee interstates has raised quite the debate and speculation. 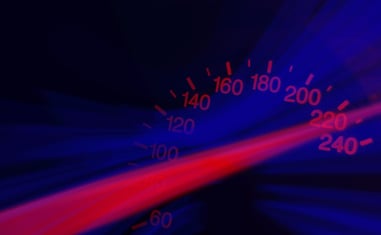 Many people have the misperception that faster speeds leads to an increase in accidents.  However, studies actually show that drivers who are traveling 10 MPH less than the posted limit are more likely to get in an accident.

Another misperception is that most people will drive faster if the speed limit is raised.  Yet studies show that people simply travel as fast as they are comfortable with most often, regardless of the speed limit.  The average speed per vehicle has remained the same in other areas where the speed limits were increased.

Here are some of the things to seriously consider with respects to the new higher speed limits:

The Bottom Line: Drive Safe, No Matter What the Sign Says

Regardless of the posted speed limits, drivers need to maintain personal responsibility for their driving behaviors -- especially truckers who are the professionals on the roads.

Driver training standards and programs need to continue to be at the highest importance for all drivers with an emphasis on speed management.  An increase in speeds will also impact the ability to stop so it’s critical that drivers avoid cell phone use, eating, or other distractions while driving.

How the Best Drivers Respond at the Scene of an Accident

Safety Habit Could Change Industry... and Your Life