A Look at Employee Stock Ownership Plans as a Succession Plan 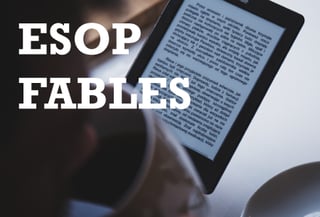 Employee stock ownership plans (ESOPs) can be an attractive way for an owner to sell a company and for employees to gain an ownership stake. ESOPs are qualified retirement plans that buy, hold, and sell company stock for the benefit of employees. One of the main reasons ESOPs are often dismissed by business owners (and their advisors) as a legitimate succession planning option is due to the many unfounded misperceptions about them. In reality, many businesses are a perfect fit for ESOPs.

Some of the most common myths associated with ESOPs (sometimes referred to as “ESOP Fables”):

1) Myth: An owner adopting an ESOP will get a lower exit value by selling to an ESOP than by selling through the open market.

Fact: This issue is often the elephant in the room from a valuation perspective. While a seller may get a lesser “sales price” by selling to the ESOP, the tax savings and other incentives common in ESOP transactions often produce better results for the seller than a 3rd party sale would.  In other words, ESOPs generally increase the after-tax proceeds of a sale. The company can also take a tax deduction of up to 25% of payroll by making an ESOP contribution. Finally, selling to an ESOP can also eliminate ongoing taxes on profits or S-Corporation distribution obligations of the company providing significant ongoing tax savings.

2) Myth: After establishing an ESOP, a business owner must consult with employees on day-to-day management decisions.

Fact:  Business continues as usual the day after a company becomes an ESOP. The officers of the company (president, CEO, other key leaders) make the decisions in ESOP companies (just like most non-ESOP companies), and they answer to the company’s Board of Directors. The Board of Directors should change following an ESOP transaction, particularly one where majority control shifts (i.e., more than 50% of the stock is sold to the ESOP).

3) Myth:  SOPs are too expensive to the selling business owner.

Fact:  Other succession planning alternatives (such as use of a business broker or investment bank) are much more expensive than ESOP expenses.  For example, in most third-party sales with a business broker or investment banking firm, a commission or “success fee” will be charged as a percentage of the sales price.  This amount often far exceeds what would be charged for an ESOP transaction, which is done on an hourly or fixed fee basis.

4) Myth: ESOPs are only for large companies.

Fact:  Profitability of the company is more important than size.  Some ESOPs are as small as 12-15 employees. The company just needs to be large enough to generate a profit to substantiate the annual costs of maintaining the ESOP. In profitable S-corporation ESOP companies, the tax savings should be more than enough to offset such annual costs.

As a business owner can see, after looking behind the “ESOP Fables,” selling to an ESOP might be the best alternative for an owner and should be at least considered as an exit strategy. This is especially true in cases where the owner wants to reward his or her employees for their hard work in contributing to the company’s success.

Timothy L. Stewart is an Attorney for DeWitt Ross & Stevens.