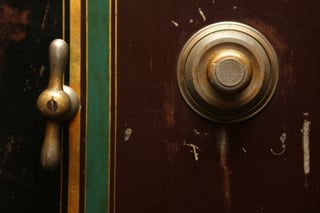 The Department of Labor (DOL) has launched a rather aggressive program to test if companies are complying with the Form 5500 and associated audit report requirements in a timely way. For non-compliant companies a fine of up to $2,063 per day is a reality they soon may face.

The DOL reported that in 2013 there were 50,238 Health and Welfare Form 5500 reports filed. However, according to Mr. Joseph Piacentini, head of the DOL Office of Policy and Research, there are approximately 6 million ERISA-covered welfare plans; of which 2.5 million provide health benefits. That’s a significant discrepancy. This means there is a large amount of employers that are not in compliance and could face billions in potential fines.

The H.R.1314 - Bipartisan Budget Act of 2015 included the Inflation Adjustment Act, which provides a formula to adjust penalties for inflation moving forward. The law requires federal agencies to adjust their civil monetary penalties for inflation by July 1, 2016. After this initial “catch-up” adjustment, agencies will adjust their civil monetary penalties (fines) annually for inflation. The new civil penalty amounts are applicable only to fines assessed after August 1, 2016, whose associated violations occurred after November 2, 2015, (the date of enactment of the 2015 Inflation Adjustment Act).

The DOL will annually adjust the new ERISA Title I penalty amounts for inflation no later than January 15 of each year. Starting in 2017, the DOL has indicated that by no later than January 15, 2017, they will adjust the civil penalty amounts using increases in inflation using the period October 1, 2015 to September 30, 2016. The DOL will post these changes on their website annually.

On June 30, 2016, the DOL published the interim final rule for the inflation-adjusted penalty that will go into effect for penalties assessed after August 1, 2016. The DOL has also issued a FAQs on the Inflation Adjustment Act.

The interim final rule also affects a whole slew of penalties enforced by:

Employers must be aware of the increased penalties under this interim final rule to properly advise clients on their potential liability for violations of the statutes or regulations impacted by the Inflation Adjustment Act.