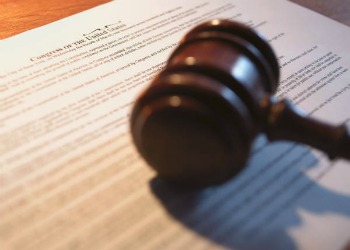 An appeals court ruling this week on who gets an Obamacare health insurance subsidy could have a significant impact on employers — if the decision withstands the inevitable challenges from the Obama administration.

The case is Halbig v Burwell, and the ruling Tuesday came from a three-judge federal appeals court in Washington, D.C.

According to the ruling, the IRS was wrong to extend subsidies in the form of tax credits to people who buy insurance through the federally run health exchange.

The IRS regulation that was rejected by the court's decision said that an Obamacare health insurance subsidy was available to eligible middle- and low-income people whether they bought coverage on a state exchange or on an exchange run by the feds.

According to the ruling, the law "does not authorize the Internal Revenue Service to provide tax credits for insurance purchased on federal exchanges." The Affordable Care Act instead "plainly makes subsidies available only on exchanges established by states," concluded the appeals court judges.

About 90 percent of people who get insurance through the federal exchanges are eligible for premium tax credits, according to a report from the U.S. Department of Health and Human Services.

The lawsuit is one of several in which the Obama administration's authority to grant subsidies in the form of tax credits is being challenged. On the same day the Halbig v Burwell decision came down, a different appeals court upheld the IRS regs about premium tax credits.

What Happens if the Obamacare Health Insurance Subsidy Goes Away?

So what does this all mean?

The short story is that the fate of the Obamacare health insurance premium tax credit subsidy could be decided by the U.S. Supreme Court. Nothing will change immediately because the ruling will be challenged by supporters of the Affordable Care Act.

What matters to employers is how the ruling, if upheld, will affect the employer mandate. If subsidies are eliminated in states that utilize the federally facilitated exchange, employers with employees that reside in those states may not face all or a portion of the shared responsibility penalties that would otherwise have been applicable.

The shared responsibility penalty for an employer kicks in if one or more of the company's workers buys health insurance with the help of a premium tax credit subsidy.

If upheld, the ruling will affect people in the 36 states where, according to HHS, the federal government supports and/or runs the health insurance exchanges — millions of people whose health coverage does not come from an employer.

Without tax credits, people whose coverage comes from states with federally run exchanges would have to pay the full cost of their health insurance.

The ruling, if it stands, could prevent millions of people from accessing affordable health care, which was the goal of Obamacare.

What is your biggest question about the ruling that shoots down the Obamacare health insurance subsidy? Please share in comments!