9 Things You Didn't Know about Natural Gas in Trucking

There's been a lot of buzz in transportation about natural gas as the next frontier in fuel. Here are nine facts about the alternative fuel:

1.) The United States has enough natural gas to last 92 years.

The U.S. Energy Information Administration predicts there is enough natural gas to last about 92 years. There was 24 trillion cubic feet of U.S.-marketed natural gas produced in 2011. Texas is No. 1 in production of natural gas with 7.1 Tcf, followed by Louisiana (3 Tcf) and Wyoming (2.2 Tcf).

Recent approvals of liquefied natural gas facilities will give the U.S. the ability to export 5.6 billion cubic feet of natural gas daily, but these volumes won't start shipping until 2015. Natural gas production has increased 26% in the last five years, pushing the cost of natural gas down. In fact, natural gas prices are down 59% since 2007.

There are two types of natural gas in trucking: compressed (CNG) and liquified (LNG). Compressed natural gas has about 25% of the energy density of diesel; liquified natural gas has about 60% the energy density of diesel. The bottom line is that each type of fuel presents a fuel capacity challenge to meet a driving range comparable to diesel. In transportation, the thought has been that CNG would be good for short hauls, and LNG would be good for long hauls. This paradigm, however, may be shifting.

2.) Drivers could save $2 per gallon with natural gas.

4.) UPS is a believer in natural gas.

What can brown do for you? It can ship your stuff in a natural gas powered vehicle. United Parcel Service says it can save 40% in fuel costs by running its long-haul trucks on natural gas instead of gasoline or diesel. The world's largest package delivery company said it plans to buy about 1,000 liquefied natural gas tractors in the next two years.

There are many incentives for using natural gas, including seven federal incentives listed by the Department of Energy. These include tax credits and technology loans. At the federal level, there also are nine laws and regulations and 11 programs related to using natural gas. DOE has a searchable database by state to discover laws and incentives that may apply to your business. In Wisconsin, home of HNI headquarters, for example, taxi drivers using alternative fuel may be reimbursed for the paid amount of the state fuel tax.

6.) Natural gas is a friend of emissions tests.

A drawback to natural gas, however, is that leaks of natural gas are 70 times more potent than carbon dioxide.

7.) The natural gas fueling infrastructure compromises fewer than 700 stations, but it's growing.

Clean Energy Fuels has 76 liquefied natural gas stations and plans to add 30-50 more by the end of 2013. Shell plans to add LNG refueling stations to up to 100 TravelCenters of America and Petro Stopping Centers. A Chinese company (ENN) has expressed interest in building 500 LNG stations.

According to the Department of Energy, in the United States, there are:

To compare, there are more than 6,000 electric stations. (The Energy Department figures exclude private stations.)

These figures reveal transportation's chicken-and-egg problem when it comes to natural gas: Which will come first — the trucks, or the fueling stations?

8.) In less than 25 years, natural gas trucks could be more than a third of all new vehicles sold.

If the LNG refueling station infrastructure takes off, there could be 275,000 heavy-duty natural gas vehicles sold in 2035. That's according to a projection by the federal Energy Information Administration. To compare, there were only 860 of those vehicles sold in 2010.

What's surprising you about natural gas? Please share below in comments. 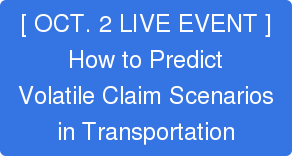 The FMCSA's Agenda and What Motor Carriers Should Be Aware Of