Workers Compensation Trends: Where We’ve Been and Where We’re Headed

The Great Recession (and threats for a double dip) seems to loom large over our businesses and our lives like a thick fog, keeping us guessing and seriously impacting just about every area of the economy. 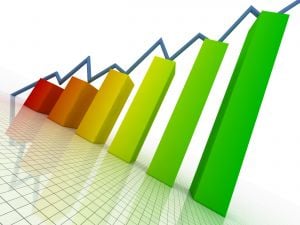 The property and casualty insurance arena has been no exception to this.  Because of its direct connection to employment and the anemic labor markets, workers’ compensation insurance has been the line most greatly affected.

This is hardly news, but there are changes on the horizon.  In fact, as we move into 2013, we find that the new normal is continuous change -- in fact, change, complexity, and above all, uncertainty are the only things we can count on.

That being said, there are some trends in workers’ compensation—good and bad—that can help point you in the right direction as you plan for the future. We’ve taken a look at the comprehensive NCCI 2012 State of the Line report and here we summarize a few key trends to watch.

Workers Compensation Trends Over the Past Decade

Before jumping into the 2012 data on workers compensation trends, we should start with the backdrop of where we’ve been in recent years.  During the time period from 2006 – 2010, the workers’ compensation line experienced a greater than 25% drop in premium. In 2010, though, we saw the first increase in claim frequency in 13 years and the first significant increase in frequency since the 1980s.

So what else do we know going forward, and where are we headed?

After increasing in 2010 for the first time in thirteen years, lost-time claim frequency declined again in 2011, but by only a very modest 1%. Overall, workers’ compensation claim frequency is declining more slowly than the average of the last decade. While frequency declined last year, it is unclear whether it is returning to the long-term downward trend that we’ve been seeing.

While technically the economy has been in recovery, the pace of recovery in the job market can only be described as modest (and that’s being generous). Recovery in the construction sector has been virtually non-existent.

Workers’ compensation premiums increased somewhat (8%) in 2011, mirroring the gradual improvement in the job market. This is the first increase since 2006, and premiums remain much lower than pre-recession levels.

A few states are considering alternatives to traditional workers’ compensation. For example, some states have shown interest in adopting “opt out” provisions that allow employers that meet certain criteria to opt out of the traditional workers’ compensation system for an alternate system under the Federal ERISA provisions. If these or other alternatives being explored in other states gain wide acceptance, the impact will likely be even greater than the healthcare reform bill passed in 2010.

The federal political environment, including the enactment of the financial reform bill and the establishment of the Federal Insurance Office, will give the federal government increased influence over the property and casualty insurance industry as a whole. Where this will lead is yet another area of uncertainty.

The Patient Protection and Affordable Care Act (PPACA) passed in 2010 is one of the largest areas of uncertainty. We know that it will add a level of complexity to the entire healthcare financing and delivery system, with potentially far-reaching impact on the workers’ compensation line.

In June, the law survived challenges to its constitutionality in the Supreme Court, but will it survive the presidential election in November? Stay tuned.

Some certainty and relief will be found in the impending changes to the experience rating, but at this time these changes too, are another area of uncertainty for employers.  Our best advice to employers when it comes to workers compensation trends: be proactive and stay informed. Information is the best weapon against the ever-increasing rate of change.