Fines are Cheap for the FMCSA Cell Phone Ban

Much of the talk about the FMCSA fines for hand held cell phone use in commercial motor vehicles misses the point.  Some are saying $11K is too high a fine for employers – but this is peanuts compared the 7-figure judgments that can be handed down for negligence if 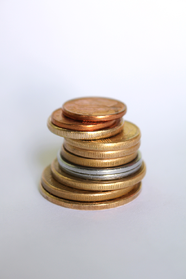 employers fail to establish and enforce a policy on cell phone use by employees when they're driving on company business.  This isn't just an issue for trucking companies - any business that asks it employees to drive on the clock should be wary of the liability involved.

When an accident occurs, everyone is looking for someone to pay for the expenses that quickly mount.  If there are injuries to passengers, the employee or his/her company may be forced to pay for medical expenses, lost wages, and compensate for the pain and suffering of the victims.  As businesses generally have deeper pockets than individual employees, they are the more likely target for a negligence suit.  Companies can be held liable if it can be argued that an accident was caused by their negligence to enforce or follow federal regulations.

Having a policy on driver cell phone use in place can go a long way to defending your company if a case goes to court.  Even more important than having a policy, however, is that you actually enforce it.  According to a recent survey by ZoomSafer, only half of the companies that have a policy on cell phone use when driving on company business do anything to enforce it.  Of those that enforce their policies, only 61% impose discipline after something happens, whether it be an accident or a supervisor observing the behavior.

Having a policy on paper that you don't put into action is exposing yourself to potential negligence suits. Create a policy on cell phone use for your company, train your employees on it, and impose corrective actions for failing to comply.  The $11K fine from the FMCSA should be the least of any company’s worries when it comes to this subject.