There’s been a lot of up and down around healthcare in the past year.  2011 doesn’t look any quieter.  Or maybe it will for some companies.  Approximately $25 billion worth of drugs are said to lose their patents in the coming year along with some very familiar household names such as Pfizer, Bristol-Myers, Lily’s and J&J losing over 93 million in familiar prescription names. This probably comes as no surprise considering the cost-saving efforts began from our declining economy in 2008.

The expectation with the new healthcare reform provisions are 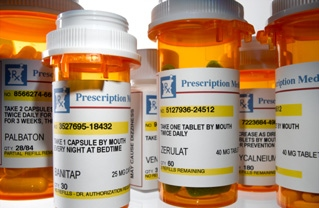 less prescriptions being filled and many being switched to new brands.  Research is showing that more patients will walk away from their prescription at the drug counter than ever before. This means more emphasis on price promotions and offer-driven campaigns such as co-pays for set amounts of time.

The passage of the Patient Protection and Affordable Care Act was intended to relieve much of the upheaval.  The bill committs $90 billion in discounts that will help fill the hole in Medicare.
While this will be beneficial in the medium-term, greater government participation in provision of healthcare will inevitably ensue. In addition, growing cost strain on both public and private payers will lead to increased negative pressures on the pharmaceutical industry in the US, decreasing the overall value growth of the market. It cannot be ruled out that unfavorable measures such as drug re-importation and Medicare Part D price negotiations may be introduced as healthcare costs start to bite.

With the introduction of a ban on refusal of insurance coverage for pre-existing conditions and removal of annual or lifetime coverage limits, the health insurance industry will be hit hard by reform, with its profitability in jeopardy despite the increase in the number of customers.

Subscribe to our Health Care Reform Roadmap to stay up to date on all aspects of health care reform.