10 Things Truck Drivers Do That Get Them Pulled Over

In my experience as a state patrol sergeant, the following are driving behaviors or situations that “stood out” from the norm.  Not every violation mentioned below necessarily results in a citation but it will, at a minimum, result in a warning and a reason for a traffic stop. As we are aware, many of the violation warnings will be evaluated in FMCSA’s safety measurement systems.

The above violations are certainly not all inclusive of what may be observed during patrol activities, but they unfortunately do exist and are too common. The goal of the CMV enforcement officers and drivers is to prevent crashes and come home safely.  I ask that the carriers and drivers I now proudly represent continue to be professional examples of a safe and courteous driving which stands above others as a positive example to all motor vehicle operators as they are watching.

Mark is a 27-year veteran of the Wisconsin State Patrol. He joined HNI in May of 2017. 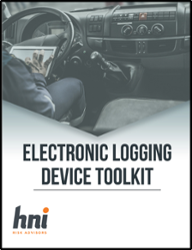