What to do When the DOL Comes to Visit 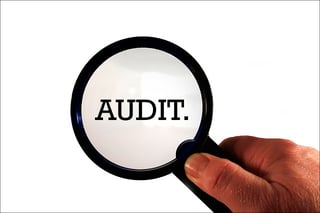 You've received a letter from the Department of Labor (DOL), now what? If it is a request for documents it likely means you are at the beginning of a DOL civil investigation often referred to as an “audit”.  The DOL has increased its audit activity significantly this past year, meaning this letter could be on its way to your desk soon.

How Soon Should You Respond?

The DOL will give you a timeframe to respond which can be as short at 10 days.  Be sure to respond within that timeframe or immediately request an extension.

According to a report that summarized nationwide workplace class-action litigation, settlements in the 7,163 claims brought under the Employee Income Retirement Security Act (ERISA) topped more than $1.3 billion.  This was nearly three times greater than the class-action settlements for wage and hour and employee discrimination cases during the same period.

3. Correction and Settlement. EBSA seeks voluntary compliance with ERISA whenever possible through full correction of identified violations and restoration of plan losses. EBSA will negotiate the corrective action with the plan officials in a “settlement agreement.” When voluntary compliance is not achieved, EBSA may refer a case to DOL attorneys for litigation.

5. Closing Letter Following Correction. After EBSA confirms that corrective action has been completed and any penalties have been paid, it will send a closing letter indicating that compliance was achieved.

These steps may be completed in a matter of weeks or may take many months, depending on the complexity of the situation, the issues identified during the investigation, the availability of information requested, the degree of cooperation between the parties, and the number of potential violations identified.

Now is the time to complete your 2016 filings and reports in order to eliminate potential penalties and to formulate a plan to compile documentation for a 5500 filing (you have until the last day of the 7th month from the end of the plan year to file your 5500 or file an extension) or to comply with a potential audit.

Compliance Documents to Keep in Mind

Other compliance items to keep in mind are that Wrap or Summary Plan Description (SPD) documents must be distributed to plan participants within 90-days of being covered by the plan (or 120-days if new ERISA plan). SPD rules have specific content requirements that are not followed by insurance carriers.  A Wrap document can be used to incorporate various benefits and insurance policies into one comprehensive plan.  If a plan is amended,  a Summary of Material Modification must be provided to all participants and beneficiaries within 60 days of a material reduction in the benefits or covered services. Any other changes must be given to parties no later than 210 days after the end of the plan year in which the changes take effect.

Summary Annual Reports (SAR) are an annual statement summarizing the annual report (Form 5500) and must be furnished to plan participants within nine (9) months after the close of the plan year.

ERISA compliance also requires plans to adhere to several amendments to the regulations including, but not limited to, the Affordable Care Act (ACA), the Health Insurance Portability and Accountability Act (HIPAA) and the Consolidated Omnibus Budget Reconciliation Act (COBRA).

Being prepared for a DOL audit is extremely important. A sample letter for a DOL audit is posted at http://www.dol.gov/ebsa/oemanual/cha50.html#Figure1. Should your company receive such a letter, the Employee Benefits Security Administration published a useful manual on how the process of an audit works.