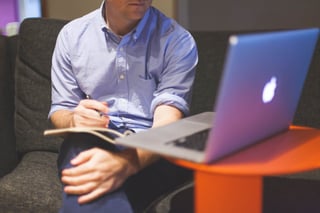 Here is your annual reminder about the fee due under the Affordable Care Act (ACA) known as the Patient-Centered Outcomes Research Institute (PCORI) fee. Effective for plan years ending on or after October 1, 2012, and before October 1, 2019, employers that sponsor certain self-insured health plans are responsible for PCORI fees. Fees for plan years that ended in 2016 are due July 31, 2017. Given there has been no replacement health care plan formally adopted as of this time, the PCORI fee must still be paid.

The argument for the PCORI fee is that the PCORI itself cannot be established and maintained without funding from employers who sponsor group health plans. In addition to the PCORI fee that self-insured group health plans must remit, the fee is also assessed to certain employer-contributed health care flexible spending accounts (FSAs) and Health Reimbursement Arrangements (HRAs).

An IRS Form 720 is required to be filed each year by July 31st. When filing the Form 720 and paying the PCORI fee, be sure to show a filing for the second quarter of the year, ignoring the first, third, and fourth quarters.

A covered individual is defined to include every employee, spouse, and child who is eligible for benefits under the plan.  There are two exceptions to this rule.  One exception is that if the employer only sponsors a fully insured group health plan, no filing is necessary since your insurance carrier handles this filing obligation for you (but of course passes along the cost to the employer).  Also, employers that are fully insured but also sponsor an employer-funded health care FSA and/or an HRA, fees must be paid for those employees who participate in those plans.  If the employer sponsors a self-funded group health plan, then the employer needs to file the form and pay the PCORI fee only on the number of persons described above in the group health plan, and not for the employer-funded health care FSA and/or HRA.