Up In Smoke: An Employers Guide to Medical Marijuana Laws 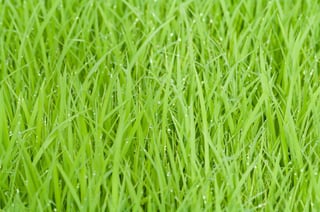 Currently, 23 states have enacted laws to legalize medical marijuana. Medical marijuana laws are challenging for all employers, but particularly multistate employers, as employers must reconcile federal and varying state laws into their employment policies and handbooks. Moreover, it seems every month court decisions are being announced which impact the marijuana laws in a particular state, further leading to uncertainty. A problem with these new laws is that a majority of them have been geared towards removing criminal penalties for users, and do not fully address workplace issues posed by medical marijuana.

Besides unanswered legal issues and ever changing laws, marijuana is not like other drugs (I should clarify it is different from other drugs from a testing perspective). An individual could test “positive” for marijuana a month or more after usage, and a positive test does not mean the person was under the influence of marijuana at the time of the positive test. Urine tests measure not THC itself, but a non-psychoactive byproduct of THC created in the liver than can linger for weeks. This has created problems for many employers in the Midwest who drug test as part of a pre-employment process; the most prevalent problem being they cannot find enough “clean” qualified applicants to fill the open positions.

Employers, at a minimum, should understand the following:

Employers in safety-sensitive industries should tighten the language of their zero-tolerance policies or consider adopting the same.  Review personnel polices involving drug testing and protocols for responding to employee drug use. Also, employers should develop a consistent and transparent plan for responding to drug test results.  In most states, employers with “zero tolerance” drug use policies can refuse to hire, or terminate, employees who fail a drug test for marijuana with or without medical authorization.  And marijuana use or possession in the workplace is clear grounds for termination.  In addition, in most states, employers with federal contracts are under no obligation to accommodate medical use, which remains illegal under federal law.