It's Time to Get Filing... PCORI Filing

Are you sponsoring a self-funded group health 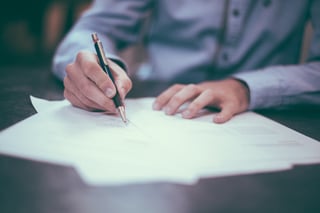 plan, employer contributed healthcare FSA, or HRA? If so, the deadline to file Form 720 is fast approaching. If you fail to meet this deadline you could be fined up to $2.17 per covered individual, but there are a few exceptions to the rule.

Under the Affordable Care Act (ACA), the Patient-Centered Outcomes Research Institute (PCORI) was established. Of course PCORI cannot be established and maintained without funding from employers who sponsor self-funded group health plans. The funding mechanism is a fee on group health plans, including employer-contributed health care flexible spending accounts (FSAs) and Health Reimbursement Arrangements (HRAs).  An IRS Form 720 is required to be filed each year by July 31st (August 1, 2016 this year due to July 31st being on a weekend).

All employers sponsoring a self-funded group health plan, including an employer-contributed health care FSA and/or HRA must file IRS Form 720. When filing the form and paying the PCORI fee, be sure to show a filing for the second quarter of the year, ignoring the first, third, and fourth quarters.

What is the current filing fee?

The amount of the fee is determined by the last day of the plan year. If the last day of the plan year was between October 2, 2015 and October 1, 2016, then the fee is $2.17 per covered individual. There are penalties for late filings and for not filing at all.  A covered individual includes every employee, spouse, and child who is eligible for benefits under the plan.

There are two exceptions to this rule:

Make sure to meet the deadline and file Form 720 by August 1, 2016 to avoid any unwanted fees being sent your way.