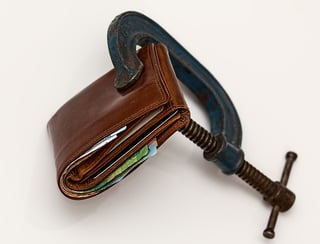 The Affordable Care Act (ACA) limits the amount of annual cost sharing that small group and individual health plans can impose on an enrollee for essential health benefits (EHBs). Cost sharing under the ACA includes deductibles, co-insurance and co-payments for in-network providers. Out-of-pocket maximums for self-only coverage must also incorporate a carve-out benefit such as prescription drugs.

Stated differently, this rule means that no individual can be required to pay more in annual cost sharing than the ACA self-only out-of-pocket limit, even under a family coverage plan that is subject to a higher overall OOPM. This has the effect of "embedding" the self-only ACA out-of-pocket maximum in any type of insurance coverage (other than self-only) selected by an employee.

This rule affects the design of many employer-sponsored plans—even self-funded and large group plans, and particularly high deductible health plans (HDHPs) with higher out-of-pocket limits. As of January 1, 2016, a standard high deductible plan with a family deductible greater than $6,850 must have an embedded self-only deductible limit that does not exceed that amount.

The Department of Labor published the following example to help illustrate how the new rule would work.

Requiring an embedded out-of-pocket maximum in 2016 is a significant development for self-funded and large group plans. Group health plan sponsors will need to appropriately credit incurred eligible health expenses toward a plan's OOPMs. Sponsors of group health plans that feature a family deductible or OOPM that is greater than $6,850 should consult with their benefits advisors to ensure that plans are designed to appropriately incorporate the new embedded OOPM rule.