On January 18, 2017, the Equal Employment Opportunity Commission (EEOC) released detailed breakdowns for the 91,503 charges of workplace discrimination the agency received in fiscal year 2016. The EEOC details its annual litigation recap every January and this is the second year in a row that the number of charges filed with the EEOC has increased. For the most part, EEOC activity has been on the uptick for the last decade. So, what does this mean for employers?

Overall, the EEOC resolved 97,443 charges in 2016 and secured more than $482 million for victims of discrimination in private-sector and state and local government workplaces through voluntary resolutions and litigation, the commission reported. This is a significant amount of money paid for workplace employment law violations.  It comes straight out of employer assets or, if insurance is available, will result in increased premiums at the next renewal.  These fines are not tax deductible. Often times this may be the tip of the iceberg since many states also allow claims to be brought at the state level.  In addition to your typical damages, do not forget that attorney’s fees are also available for nearly every type of employment law discrimination case. Any obvious or blatant employment law violation will be snapped up by a plaintiff’s attorney which often results in heavy costs to the employer in the form of damages, increased stress and hours spent on the lawsuit instead of regular business matters.

The EEOC legal staff resolved 139 lawsuits and filed 86 lawsuits alleging discrimination in 2016. The lawsuits filed by the EEOC included 55 individual suits and 31 suits involving multiple victims or discriminatory policies. At the end of the fiscal year, the EEOC had 168 cases on its active docket, of which 48 (28.6%) involve challenges to systemic discrimination and an additional 32 (19%) are multiple-victim cases. It achieved a successful outcome in 90.6 percent of all suit resolutions, the agency reported.  With that being said, the EEOC also took some lumps by losing a couple high profile cases, including two wellness program lawsuits.

The EEOC also indicated that it had reduced its workload of pending charges by 3.8% to 73,508, its lowest pending charge workload in three years. The agency responded to over 585,000 calls to its toll-free number and more than 160,000 inquiries in field offices, reflecting the significant public demand for the EEOC’s services.  Let’s face it – almost every employee never believes he or she has been fired for legitimate reasons.  The majority of these calls have no merit but since nearly every employee terminated believes he or she has been wronged, the former employee is looking for the money train. A call to the EEOC or the state equal rights division is often the first step an employee takes after being terminated.

This is the first year that the EEOC has included detailed information about LGBT (Lesbian, Gay, Bisexual & Transgender) charges in its year-end summary. The agency said it resolved 1,650 charges and recovered $4.4 million for LGBT individuals who filed sex discrimination charges with the EEOC in  2016. Additionally, the data show a steady increase in the four years the agency has been collecting LGBT charge data. From 2013 through 2016, nearly 4,000 charges were filed with the EEOC by LGBT individuals alleging sex discrimination, and the EEOC recovered $10.8 million for these individuals. 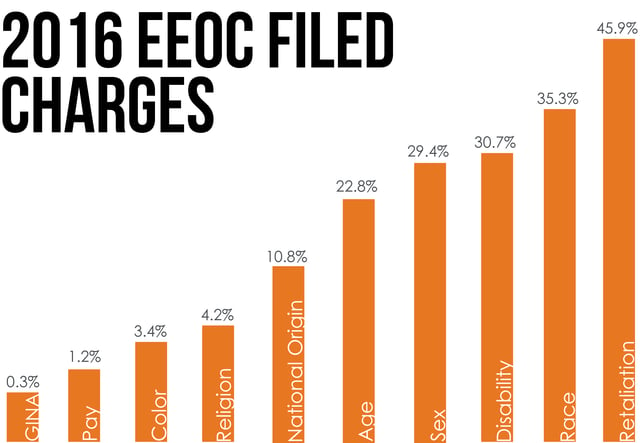 These percentages add up to more than 100 because some complaints contain multiple allegations.  The way a plaintiff’s attorney or the EEOC looks at it, when in doubt assert multiple claims with the hope that at least one of the claims makes it past the summary judgement phase in litigation. 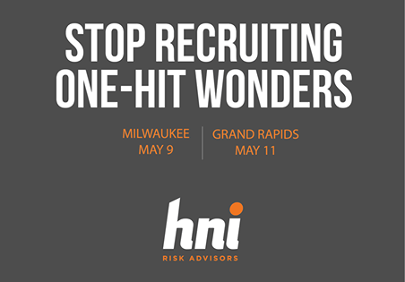