Congress Delays the Cadillac Tax and Other ACA Fees 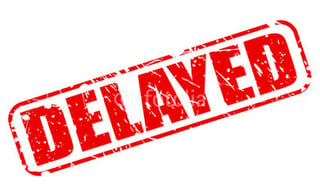 H.R. 2029, or the Consolidated Appropriations Act of 2016, is a $1.1 trillion omnibus spending bill that was signed into law on December 18, 2015. The Act is far-reaching and it contains modifications to three taxes and fees assessed under the Affordable Care Act (ACA).

The ACA imposed a 40% excise tax on the most expensive employer sponsored health insurance plans. This tax is known as the "Cadillac" tax. H.R. 2029 contained three consequential revisions to the Cadillac tax:

The Cadillac tax will be assessed on high-value health insurance plans, including individual plans with premiums that exceed $10,200 and family plans with premiums that exceed $27,500. With the Cadillac tax looming large, employers have been under pressure to hold down health insurance costs—often by increasing cost-sharing with employees in the form of increased deductibles and copays and limiting certain benefits. The average annual deductible for an individual in an employer sponsored health plan has climbed 67% since 2010, to $1,077 in 2015, according to the Kaiser Family Foundation. Yet various studies have shown that one-third to one-half of employers were still at risk of paying the Cadillac tax in 2018 if they didn't further adjust the health benefits that they offer.

The delay in the Cadillac tax provides relief to employers who have been taking aggressive measures to keep health care costs below the tax thresholds. It also allows employers more time to find better cost-management solutions.

Amending the Cadillac tax to be deductible is a complete reversal of its prior treatment under the law. This means employers can still offer a high-value health insurance plan in 2020 and beyond, subject to the Cadillac tax, but they will be able to claim an applicable deduction on their corporate tax returns.

Finally, Congress will study and hear reports on a more suitable benchmark for the Cadillac tax age and gender adjustment than is currently in place. The current benchmark for claims data—Blue Cross and Blue Shield's Standard Option under the Federal Employees Health Benefits Program—has been criticized by the American Benefits Council for being an inaccurate representation of the national workforce.

These changes to the Cadillac tax will come at a cost of more than $30 billion according to the Joint Committee on Taxation, which evaluated the cost of the proposals over a 10-year period. While the costs are significant, experts believe that the loss of tax revenue is not big enough to fundamentally undermine health reform.

Republicans have continued to oppose the ACA after the U.S. Supreme Court upheld the law and have vowed to continue to work to repeal the Cadillac tax in its entirety. Now many Democrats also favor repealing the Cadillac tax as it significantly impacts the typically benefit-rich health plans offered by labor unions, whose members often support Democrats.

H.R. 2029 also imposes a two-year waiver of the 2.3% medical device excise tax that started in 2013, for the calendar years 2016 and 2017. The medical device tax was originally designed to raise $29 billion over a decade to help pay for Affordable Care Act. Medical device makers already started cutting back their workforces several years ago in order to lower their costs in light of the new tax. The delay should positively impact the cost of medical devices for the next two years. Unfortunately, it is unlikely that any new jobs will be created to replace those already lost.

The Consolidated Appropriations Act of 2016 imposes a one-year moratorium on the collection of the ACA's annual health insurance provider fee. This fee will not be assessed during calendar year 2017. Since many insurers passed this expense on to employers in 2015 for fees due in 2016, it was too late to waive the fee for 2016. The goal is for insurers to pass these savings on to employers and patients in 2017.

While these delays in Affordable Care Act taxes and fees might give corporate earnings a modest boost, they are unlikely to produce significant changes in the healthcare industry. Rather, these delays simply kick the can down the road to be dealt with later—while the taxes and fees still loom over employers, making them unlikely to restore any jobs or offer more comprehensive health insurance benefits. The trend toward greater cost-sharing is likely to continue for some time.

If you have questions about how the changes to the Cadillac tax and other ACA taxes and fees impact you and your employee health plan, please contact your HNI representative.