A Risk Manager’s Perspective on Ebola 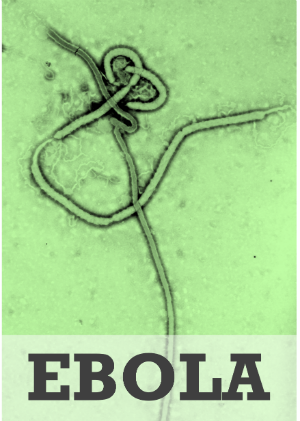 Have you seen CNN lately? Coverage of the Ebola outbreak is getting crazy. Every day, there’s a new article with a new angle on this disease.

Parents are thinking about keeping their kids home from school. Politicians are accusing the U.S. Centers for Disease Control and Prevention (and each other) of not doing enough to fight this crisis and are talking about a national travel ban. People are spreading rumors that the powers that be “aren’t telling us everything” about this deadly disease.

Weighing the Rational and Emotional

With every risk, there’s a decision to be made. Both emotions and logic come into play as we evaluate the options and possible consequences. To some degree, you have to trust your gut — and every person has different tolerance for the level of risk he's willing to accept.

From time to time, we overthink our decisions, focusing on logic alone and ignoring what our gut is telling us. But it’s also entirely possible to make decisions purely through emotion. This tends to happen when information is scarce.

What Ebola Tells Us About Risk Management

At HNI, we help our clients tackle risk every day. And stepping back, I'm seeing a lot of common patterns emerge in the public reaction to Ebola.

It’s only natural to want to play it safe when risk is unknown. When you don’t have all the facts, it’s easy to have a knee-jerk reaction — and fear does not a good decision make. In this case, the media may have played on emotions, and public hysteria has ensued.

The risk manager’s work always begins with digging into the facts to build the rational half of the equation. We want to provide a complete view of any exposure to prevent decisions based on assumptions or impulsive reactions to perceived dangers. Good risk management involves careful assessment of risk factors with legitimate calculations and research to prepare for what lies ahead.

Emotions certainly come into play when determining how much risk we’re willing to assume. But putting too much weight on emotions is something we should guard against. On one end of the spectrum, you can feel a false confidence (“That won’t happen to me”).  On the other hand, you can’t take on zero risk and still grow a successful business.

The Facts on Ebola

So before we all start turning our basements into fallout shelters, let’s review some facts on the risk posed by Ebola.

Ebola is only transmitted through contact with bodily fluids. You can't get Ebola through water, food, or air.

According to the World Health Organization, the average Ebola case fatality rate is about 50 percent.

To provide some context, influenza (yep, the flu) has an annual attack rate of 5-10 percent of adults and 20-30 percent of children worldwide, leading to 250,000-500,000 deaths every year. There have been about 4,500 deaths in West Africa since the outbreak began. There's been one Ebola death in the United States.

How You Choose to Manage This Risk

Ebola is a serious disease that poses a major threat in several countries. Looking at the facts, however, we simply don’t have a public health crisis on our hands in the United States. As Shepherd Smith from Fox News put it:

Choosing how to manage the risk of Ebola is a personal decision. When armed with the information that’s available to us, we each need to decide how to reckon with this risk.

And while we’re thinking it over, let’s get a flu shot.

Where Do You Fall on the Risk Assumption Continuum?

Your Company's 5-Point Plan of Attack for Total Risk Management

Risk Control: Should You Own or Rent Your Risk?