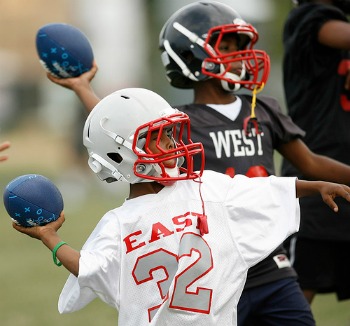 What can you learn about recruiting drivers and CSA from fantasy football?

Millions of fans — 32 million, in fact! — are gearing up for the fantasy football season. The smart ones know how to draft the best fantasy players. Aaron Rodgers or Mark Sanchez? Adrian Peterson or Danny Woodhead? OK, it’s not that easy.

But fans who have an efficient, systematic way to rate and track players come out on top. They keep up-to-date and adjust their rosters after injuries.

Fantasy football is a big deal. Everyone plays for fun and bragging rights, and there are a few who play for serious money. Just like life, fantasy football is filled with elements of chance — bad weather, bad bounces of the ball, and bad calls by officials.

Calls by officials for holding, pass interference, and the like run parallel to CSA. In football, penalties are subjective, and instant reviews produce bewildering results. If you think about it, CSA also has elements of chance and subjectivity that may leave your scratching your head.

How to Set Up a Driver Selection League

So here's where recruiting drivers comes in: Imagine you want to set up a fantasy league in your company. Drivers are drafted based on CSA scores. We’ll call the league Fantasy DOTball, in honor of the U.S. Department of Transportation.

Everyone gets to draft his own team, the owner and the heads of every department — your team general managers. Once driver selection is complete, the fantasy games can begin.

It's the Accounting Argonauts versus the Safety Saints, and the team with the lowest accumulated CSA points wins. Since there’s more than 800 possible CSA violations, the game will never get dull. Scores can come from the data provided by J.B. Hunt.

What Criteria Should You Use in Recruiting Drivers?

Just like in fantasy football, recruiting drivers involves a deep look at individual stats. You’ll probably look at each driver’s track record. Veteran drivers without points will get gobbled up first. Next would be those with very few points. If you’re analytical, you might even look at what types of points the drivers have, like speeding versus placard violations.

If you’re really good, you might choose your drivers by certain lanes. That’s because law enforcement officials in different states have different interpretations of the calls, just like football referees, but worse.

In some states, there’s not much inspecting going on. Run there and you won’t get a bad score. In other states, the officials clothesline drivers with certain violations, such as speeding in Indiana or maintenance in Texas. Check out this webinar detailing the disparity. It will make you crazy!

Rookie drivers are a wild card. How do you predict how they’ll perform on your team? You need a proxy measure. In sports, it could be their speed on the 40-yard dash or their brute size for a lineman’s position. But in trucking, it’s hard to predict performance.

You're Already Playing the Game

Maybe this all sounds too far fetched. In reality, though, you’re already playing the driver selection fantasy CSA game.

You’ve already drafted your team. You can add players, cut players, or put them on injured reserve (workers' compensation). Meanwhile, the federal government does all the scoring for you. You’re in the game, and serious money is at stake.

Do you pick your real drivers as well as you might draft fantasy players? How much consideration do you give to their past record? What are your criteria? Minimum standards dictated by FMCSA? If so, you aren’t headed to the Super Bowl any time soon.

Do you have an efficient, systematic way to assess and track applicants? Do you screen for safety-related behaviors? Remember, they’re different from CSA indicators. Dozens of studies have shown that accidents don’t correlate well with CSA BASICs. In the real world, accidents are caused by driver behavior, as your insurance company will attest. You won’t get a winning team unless you draft winners.

There are ways to make more informed hiring decisions and to get better players on your team. Background checks, PSP reports, and MVRs all are important. But let’s face it — they’re minimums.

You need more data and a deeper understanding of who your recruits really are. You need predictive pre-employment assessments and structured interviews. Take advantage of these techniques, or you may put a losing team on the road.

Fantasy or no, you want winners, and drivers want to work for a winner. Select the right drivers for your culture and team and you both win. With a bad driver draft, you might end up with the mind-blowing truck driver equivalent of JaMarcus Russell, Ryan Leaf, or Art Schlichter. That’s no way to win the game.

How Duck Dynasty Can Help You in Recruiting Drivers

Zombie Recruiting: How Carriers Are Ignoring Drivers With Brains