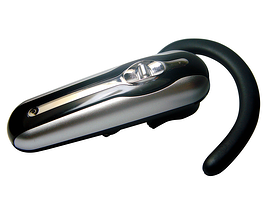 With the new FMCSA rule restricting cell phone usage in commercial vehicles, many professional drivers are wondering what constitutes a “compliant mobile telephone” for the purposes of this rule.  In addition to banning hand held cell phones, the rule also prohibits devices that use push to talk features (where you have to hold the button while speaking and that use cell/satellite signals). Devices such as CB's and walkie talkies are still considered acceptable.  (See our last blog post on this for an explanation of why this is.)

[Update: since publishing this post, the FMCSA has changed its stance on Push to Talk.  These devices are now permitted, with certain restrictions.]

While we haven’t seen a published definition by the FMCSA for "compliant mobile telephone" or a specific list of devices that have gotten the green light, the rule makes the requirements pretty clear.  A driver can’t a) hold the device while talking b) reach for the device c) push more than one button to initiate and terminate a call.  For drivers looking to continue to communicate safely and legally from the road, there are a few options.

Use Speaker Phone with voice command

Most cell phones have a speaker phone, and many devices now come equipped with a voice command feature.  By mounting your cell on your dashboard and pressing a button to enable this (the one push you’re allowed under the new rule), you can verbally tell your phone what you want it to do.  The level of sophistication of this feature varies from phone to phone.  Some phones will just make calls, some can write text messages, and some can do even more than this.  The iPhone 4 and its Siri feature are definitely the top of the line for verbal command technology.

Get a Bluetooth-enabled Phone and Headset

Bluetooth is the technology that enables wireless communication between a phone and other products, such as a headset or other accessories.  If sound quality over speakerphone is poor or if you don’t have voice command on your phone, this is a good option.  Through your Bluetooth headset, you can answer calls with the push of one button and dial by speaking the contact’s name or number.  An added benefit of using Bluetooth is that you don’t have to fuss with mounting your phone anywhere – the range is wide enough that the headset can usually connect with your phone whether it’s in your pocket, purse, or elsewhere in the car.

Check with your provider to see if your device is Bluetooth-enabled.  If not, a cell phone upgrade may be worth the investment when the ban goes into effect.  There are a wide variety of Bluetooth-enabled options available with every cell phone company on the market.

Install Bluetooth in your truck

Some personal vehicles now come equipped with integrated Bluetooth, allowing the driver to initiate calls by voice and answer calls by pushing a button on their steering wheel.  The car uses Bluetooth to communicate with the driver’s cell phone and make the calls, and the audio from the call is played over the car speakers.  While we’re not seeing this technology yet in many commercial vehicles, you can install yourself if you’d like to go this route. Parrot has a line of products on the market that works well for this purpose, even letting you read and compose texts and emails by voice in addition to placing calls.

Where do I go from here?

CNET.com is a great source for information on the technologies that are out there.  Reviews and feedback are posted here as well as pricing information from multiple websites.

What technologies are you using to communicate from your truck?  Comment below and let us know what’s worked – and what hasn’t worked – for you and the drivers you know.