Driver Retention: It Comes Down to RESPECT

The driver shortage is hitting many motor carriers hard. Recruiting new drivers is something that companies will have to make their No. 1 priority. 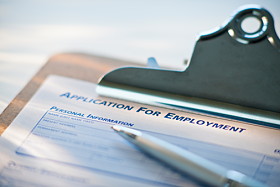 The problem of driver recruiting with a diminished applicant pool is multiplied in companies with retention issues on their hands as well. From talking to many drivers in the industry, one major source of unhappiness for many drivers boils down to one word: RESPECT.

With many motor carriers struggling to maintain enough drivers to service their accounts, companies need to realize that if the driver ain’t happy, ain’t no one happy. Most drivers have the ability to take their labor to another company if they’re not content where they’re at. While one company isn’t going to single handedly solve the driver shortage, the one thing you can control to an extent is making sure your drivers stay where they are.

Drivers of course want good pay. Drivers want good benefits. But the best (and cheapest) thing you can do to make them want to stay with your company is showing them genuine appreciation.

We’re not recommending pay lip service to drivers. What’s needed is for all employees to acknowledge that drivers are performing a difficult job that is invaluable to the company’s success, and that drivers bring an important set of skills and expertise to the table.

Make sure shippers and fleet managers understand this. Urge them to make an effort to thank drivers and to recognize those drivers that go above and beyond the call of duty.

As a company, publicly commemorate milestones recognizing good driver performance. Make it known when a driver clears benchmarks, such as a designated number of consecutive on-time deliveries, hits X number of miles accident/citation free, or achieves certain levels of productivity. Top performers can be rewarded with small tokens of appreciation, such as fuel cards, lunch or being named in the company newsletter. You can also use cost-free recognitions that give the driver “bragging rights,” such as allowing the top employee being recognized to be the first in and first out to get freight.

These demonstrations of respect will go a long way toward preparing your company to deal with increasing driver shortages and recruitment difficulties. All angles of truck driver recruiting and retention will be covered in our May 13 Driver Recruiting Summit at the Harley-Davison Museum in Milwaukee. Please click the button below for details.

Zombie Recruiting: How Carriers Are Ignoring Drivers With Brains